This article is a complete guide on NEAR Protocol. In fact, the NEAR Protocol token price has increased by more than 130% within 90 days. Many skeptics thought this price change is creating a bubble that’s about to burst and shed most gains. Let’s take a look at What is NEAR Protocol token and is it a good investment?

The crypto world has seen many exciting projects in the last two years. Specifically, some want to follow business industries, while many are focusing on NFTs, fine arts, and digital collectibles. Let’s take a look at what NEAR Protocol brings to the table.

Near Protocol Token: What is NEAR Protocol?

According to its whitepaper, NEAR is a decentralized application platform. It describes itself as a platform that wants to transform how systems are created, how applications are developed, and how the web itself operates. NEAR is founded by Alexander Skidanov and Illia Polosukhi in 2018.

NEAR Protocol is an open-source smart contract platform. The intent is to host decentralized applications (dApps). The whitepaper further describes that the protocol utilizes an innovative method called sharding. This sharding method allows the scaling of the network and enhances the overall user experience. NEAR protocol token carries a native token NEAR that users can utilize to meet the expenses associated with deploying applications or for transactions. The NEAR token also acts as a primary in the platform’s Proof-of-Stake (PoS) consensus mechanism, where partners can stake tokens on the network to boost its cost of attack.

What is NEAR Protocol Token NEAR?

According to its website, NEAR’s token economy is established around the NEAR token called $NEAR. It is a unit of utility on the platform that allows NEAR holders to engage in network governance, and receive token rewards by staking to the network. $NEAR uses a block-rewards-with-burn model. It means that at high rates of usage the token supply will be decreased. The nodes which govern the network are paid by inflationary rewards. Token holders can stake by giving their tokens to a validating pool and make profit by securing the network. 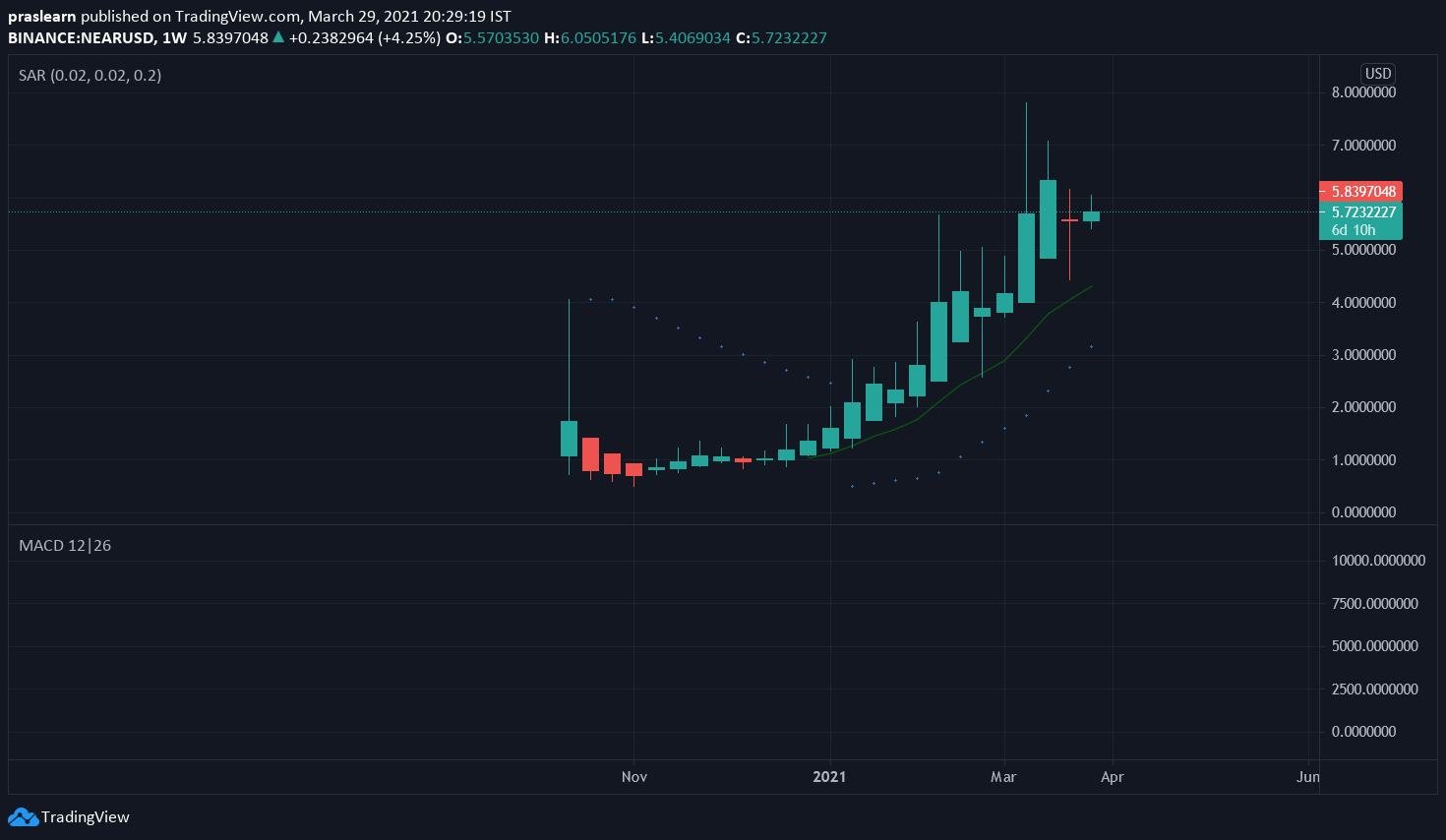 How Many NEAR Protocol Token Are in Circulation?

NEAR Protocol began its mainnet on April 22, 2020. At that time it had 1 billion NEAR tokens generated at genesis. In the ongoing emission, the network circulates inflation rewards at a rate of 5% per year. Out of these period rewards, 90% (4.5% total) goes to validators, and the outstanding 10% (0.5% total) belongs to the protocol repository. Near also burns 70% of all transaction charges. This means that the real inflation could be less than 5%. It all depends on the amount of network activity. The additional 30% of a transaction’s charge will be paid back to the smart contracts affected by the transaction.

The whitepaper describes its working. NEAR presents a community-operated cloud foundation for extending and managing decentralized applications. It blends the characteristics of a decentralized database with others of a serverless compute platform. The token which enables this platform to work also allows applications developed on top of it to communicate with each other in new techniques. Collectively, these characteristics allow developers to build censorship-resistant back-ends for applications that handle high-stakes data like funds, identification, and assets.

Just like Ethereum, the NEAR token is utilized to pay for transactions by users of applications. These applications are developed on top of the NEAR platform. These apps can be a new Defi protocol to NFTs or common gaming apps.

How to Get the NEAR Token?

There are 3 methods to obtain $NEAR.

How to send Ethereum from Metamask?

MetaMask is a decentralised software created on ETH blockchain for token transfer. MetaMask wallet has a user-friendly interface. Hack attacks…

During this past weekend, the price of Bitcoin peaked above USD 14,000 and consolidated on a strong support area. A…