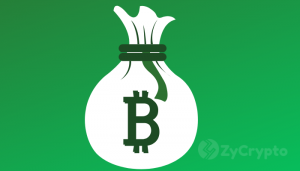 It has long been known that dark web participants use cryptocurrency to make deals and do business. There has also been no shortage of connections of Bitcoin to hackers and even government intelligence operatives. Digital assets are even used by countries to circumvent sanctions imposed by global leaders like the U it’s States and the EU.

Countries like North Korea, Iran and Venezuela have tried to use cryptocurrency in this way, causing rumors to spread about which country will adopt this plan next. Back in July of 2018, it was revealed that when Russian hackers breached accounts of several American politicians and the DNC, Bitcoin was used to pay for servers and domain names.

US justice officials even went as far as saying that Bitcoin was “the currency of choice” for the hackers. Now, rumors are swirling about Russia going in full boar on BTC with a 10 billion dollar buy to circumvent sanctions.

The Origin of the Rumor seems to be this Tweet

Vladislav Ginko, @martik, in Twitter said this in response to a tweet about the value of all the world’s money. “Chris, I believe sitting here in Moscow, Russia, that the real factor of Bitcoin adoption will be when Russian government I’m working for will start investing almost $470 billion reserves into Bitcoins. I expect that it’ll be at least $10 billion in the first quarter of this year.”

Vladislav Ginko has made other lofty claims before regarding cryptocurrency. Previously, he claimed Russia would create a “cryptoruble” to move the country away from cash and to digital assets and later predicted Bitcoin would reach 2 million dollars. He only offers his personal relationships with investors and his job with The Russian Presidential Academy of National Economy and Public Administration under the President of the Russian Federation or RANEPA as his source for this coveted knowledge.

While the rumor may have a flimsy source, Mati Greenspan, the respected eToro advisor, thinks it makes sense for Russia to start buying Bitcoin.

“From everything I can see, Russia has every incentive to add bitcoin to their national reserves. The only thing holding them back is a legal framework to do so.”

Maybe Russia will buy BTC in huge amounts soon, but it does not seem that Vladimir Ginko has any specific knowledge of this plan.

The National Aeronautic and Space Administration (NASA), plans to advance its technology by adding blockchain, to secure air traffic services…

On November 15, 2018, a hard fork happened on the Bitcoin Cash network, resulting to a split into two chains…