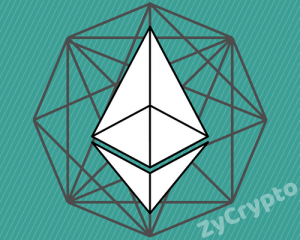 For the longest time yet, the cryptocurrency community, ranging from users to traders and even top leading crypto firms craved and anticipated the involvement of the CEO of America’s leading electric car company Tesla, to make his mark in the cryptocurrency space by accepting tokens and coins for his products, precisely Tesla.

Zhao Changpeng, the CEO of one of the world’s leading cryptocurrency exchange giant amongst other excited users had made comments intended to stir up Musk’s interest in the cryptocurrency space.

While all the buzz and fuzz of Musk adapting cryptocurrency ended up with a frustrated Musk asking Jackson Palmer of Dogecoin “to rid of the annoying scam spammers”, one could have hardly guessed that the new year would mark the beginning of Tesla’s listing, along with Facebook Inc, Apple Inc and a ton of other NASDAQ-listed companies as shares to be acquired in form of tokenized securities in the cryptocurrency space.

Even more interesting is the fact that all of these mega-shares will be available for trading on the Ethereum network, and millions would’ve lost a bet if quizzed about whether they ever saw this coming. This is highly logical, seeing that the Ethereum network had gradually lost momentum over the last year.

Not only did the Ethereum network lose more than a handful of developers to the Tron network, its long-standing rival, which had further gone on to break Ethereum’s record by achieving a good increase transaction against Ethereum.

Its native token Ether also dwindled drastically in trading volume and market capitalization, leading to an overthrow from Ripple XRP which took the second spot as the most valued cryptocurrency following BTC until.

But the big question remains tied to whether the tokenization of these shares are enough to strengthen the Ethereum network and how swiftly this will happen.

To answer this question, we have to consider the fact that digital exchange DX.Exchange headquartered in Estonia is providing a unique service that the cryptocurrency space is yet to receive anywhere else, even more, impressive is the fact that trading is not limited to market times as the exchange will allow traders carry out trading activities even when the market closes. The possibility of massive adaptation of this service is highly possible seeing that the exchange aligns with regulatory policies.

Conclusion: with the ease of foreign investors trading shares through Ethereum based tokenized assets provided by the DX.exchange, it is inevitable that the Ethereum network will build an atmosphere for mass adaptation for international investors, the results of this move is certain to provide the Ethereum network with sufficient momentum to make a comeback against rival networks like Tron.

The post Is Tesla’s involvement in Ethereum enough to revive the Ethereum Network? appeared first on ZyCrypto.

Ripple has no Match in Cross-Border Payments – Santander Bank

Ripple is becoming invincible as far as cross-border payment is concerned. Banco Santander, a Spanish bank based in Santander, Spain,…