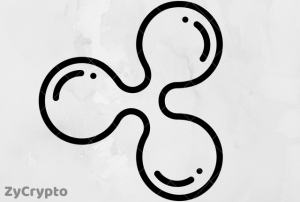 Ripple may be getting another major partnership deal as cryptocurrency exchange eToro considers a deal with the company. CEO of the exchange Yoni Assia revealed this following the Fintech conference in France where he discussed with Brad Garlinghouse, CEO of Ripple on a possible partnership.

“I think as a fintech company it’s very important for us to foster relationships with other fintech companies. Obviously, we’re one of the largest trading platforms on XR – so very interested in forming a relationship with Ripple Labs and understanding what we can do together.”

eToro is a cryptocurrency exchange based in Tel Aviv, Israel. It offers trading options for top cryptocurrencies including BTC, XRP, ETH among others. It’s CEO and founder Yoni Assia is an advocate of blockchain technology expansion and is optimistic that the technology will change wealth management as all assets will soon be digitized to enable timely transfer globally.

“Today, when you buy a specific asset in your bank, it’s very hard to move that asset out of the bank. So if it’s your mortgage or if it’s stocks or bonds, it’s not that trivial. Especially not overseas. So by definition you can’t tell your bank, ‘You know what, give me my Apple shares.’ It’s not transferable to you. You can tell them, ‘Move it to another financial institution.’ The biggest difference in tokenized assets is that you’re able to transfer them to your own potential wallet. And that means it’s just faster.”

Ripple’s payment technology has been making waves since its launch. Other crypto exchanges in partnership with Ripple include Bittrex, Coins.ph, Bitso, and Bitstamp. Ripple reported earlier this year that it has over 200 institutional clients around the globe in 6 continents. Although this has been contested, more partnerships seem to be coming Ripple’s way and its expansion continues.

Partnerships like this have always favored Ripple’s token XRP with the market cap rising and the price as well. eToro’s partnership shouldn’t be an exception and XRP may soon go back up to the second spot which many believe it has always occupied. Meanwhile, Ethereum (ETH is still at the spot and it will be interesting to see what happens next between these two contenders.