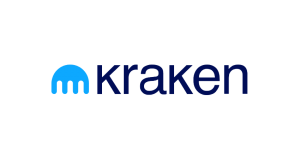 Kraken, the world’s largest cryptocurrency exchange by euro volume has announced it will be launching a new WebSockets Public API by the end of the month. According to an announcement on its blog, Kraken said this will enable easier and faster access to its services for its customers and the public at large.

Those who are curious to have a feel of how the API works can connect to the exchange’s sandbox environment using the URL for the sandbox API to try it. It is a protocol that provides an uncommon condition for streaming real-time data and building of trading applications.

Kraken is one of the largest cryptocurrency exchanges in the world. It was founded in 2011 and has its headquarters in San Francisco, USA with offices all over the world. The exchange has the widest selection of digital assets and national currencies with a trading platform that is rated the best and most secure in its class by independent news media.

“The main advantage is that market data will quickly stream to clients with no polling required. Clients simply use the API to establish a durable, low latency connection with Kraken’s servers, then the servers will push the market data incrementally to clients as soon as an update is available”

The good thing is that users don’t need to have an account with Kraken because the API is freely available for public use. For Kraken customers, the exchange intends to launch a private API in the future for tracking personal orders and trades.

The launch has been scheduled according to time zones as follows:

Interested users can follow the documentation here from now. However, the URL will become active only after the launch in their respective time zones. Kraken trusts that this launch will greatly improve customer experience and make trading more seamless.

The post Kraken to Launch Websockets Public API for Market Data by End of January appeared first on ZyCrypto.