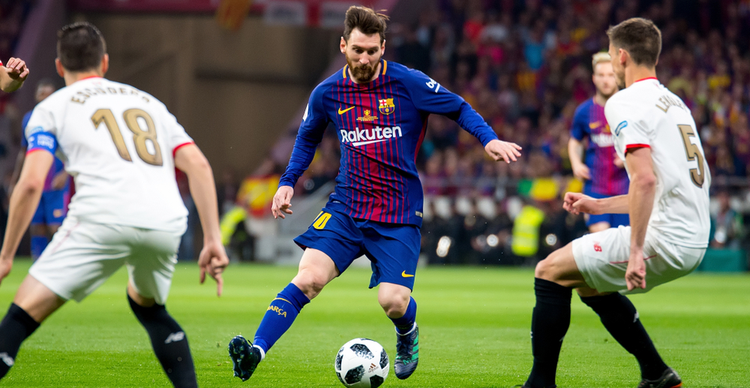 Football superstar Lionel Messi has joined the non-fungible token universe by unveiling his first-ever NFT collection. The Barcelona and Argentina national team legend is making his debut via a partnership with Ethernity, a blockchain platform that offers access to limited edition and officially licensed NFTs.

The NFTs are designed by Bosslogic, a top Australian digital artist who has previously worked with Marvel on their mega-hit Avengers franchise.

“Been in the works for awhile, honoured to work with Ethernity Chain and with Messi on his first official drop,” the artist said.

According to the Australian artist, the collection will focus on the soccer superstar and seeks to outline Messi’s achievements and best moments, as well as future accomplishments. Bosslogic has created three great Messi NFT collectibles.

“Man from the Future” is the first of the three NFTs. It features an iconic Messi in an AI bionic form and envisions the soccer star playing in a cyber football league.

“Worth the Weight” is the second collectible on offer and sees Messi depicted as Atlas, a formidable Greek mythological figure said to have literally held the planet on his shoulders. According to the NFT’s creator, this depiction represents Messi’s abilities which have seen him inspire his teams to unprecedented victory down the years.

The last piece on offer in the upcoming sale is “The King Piece” NFT. Here we see Messi as the “king of the board”, the one who has time and again determined games through his goals. It also shows the Argentine lifting a Ballon d’Or trophy, one of a record six he has won in a glittering career that sees him often referred to as the greatest of all time (GOAT).

The three NFTs will hit the market on 20 August 2021 on the Ethernity website, with a fourth NFT set for release by the end of the month.

Non-fungible tokens have seen a massive surge in interest since last year, with major offerings from celebrities, mainstream media and iconic art hitting the market with great success.

Recently, Canadian e-commerce giant Shopify announced that merchants can now sell NFTs on the platform, a move that could trigger even more interest in the sector.

The Ethereum blockchain is now home to more than $700 million worth of synthetic bitcoin tokens, with Wrapped Bitcoin (WBTC)…