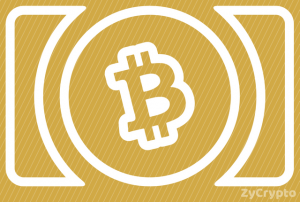 In the midst of the current market turmoil, with cryptocurrency prices declining at high speed and having lost over 90% of its investment at its highest point in 2017; Bitcoin Cash (BCH) community are yet another step closer to the coins’ global adoption, and a possible come back in value of the crypto asset.

In a recent press release, Wikimedia Foundation officially announces its partnership with BitPay. This recent partnership will give donators on platform one more channel to easily send their donations, cost-effectively.

Firstly, Wikimedia had revealed that users have asked for it. Secondly, they had chosen Bitcoin Cash because it’s one of the cheapest to transact with at the moment.

As analyzed by Pat Pena, the Director of Payments and Operations, Wikimedia Foundation;

“Our donors have shown an increased interest for different cryptocurrencies, so accepting Bitcoin Cash was a natural next step.

We accept donations globally, and we strive to provide a large variety of donation options. It’s very important that we can get international donations processed in ways that are efficient and cost-effective.”

This certainly is good news for not just the Bitcoin Cash community but also the entire crypto community at large. With a platform as large as Wikipedia adopting Bitcoin Cash, this will bring the cryptocurrency to the limelight and a better global exposure which in turn will affect its value positively.

Over A Thousand Places To Spend Your Bitcoin Cash (BCH) Cryptocurrencies

Database records by Marco Coino and AcceptBitcoin.Cash platforms – both keeping records of merchants that accept BCH globally – shows that there are over a thousand places, online and offline where BCH holders can spend their BCH coins globally.

With this ever-increasing number, it’s certain that the community of users are in for the long run and not just its value – to make Bitcoin Cash the preferred cryptocurrency for day-to-day-transactions.

Self-proclaimed Bitcoin inventor Craig Wright has failed in his bid to have a lawsuit against him dismissed. The lawsuit, which…