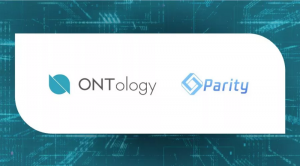 Ontology, a public blockchain provider on February 12 announced its partnership with ParityGame, a game developer, to design a gaming platform that will be based on Ontology’s open-source technology.

Co-Developing a Game Based on Blockchain

Based on Ontology’s document published on Medium, they have partnered with ParityGame to co-develop a game platform that will take advantage of the blockchain’s company open-source technology. Ontology will also provide the capital, marketing, and operations required by ParityGame to see to the platform’s development.

Asides aiming to develop the platform, the duo have made plans to add blockchain into a gaming items and assets marketplace, Skrskins. Reportedly, this will allow the market to provide its users with more efficient, liable, and transparent game asset trading. Moreover, these are users that have amounted to 500,000 to create an active community of over 60,000 users.

ParityGame to Move Most of its Games to the Ontology Blockchain

According to Ontology, ParityGame as one of the first blockchain game publisher has launched over thirty H5 mini-games. The game developer also intends to move most of its games to the Ontology blockchain. Here, plans have already been made to move seven out of those H5 mini-games to the blockchain.

One of such is The Isolated City, ParityGame’s first VR blockchain-based game. The Isolated City supports DX11, PhysX, APEX, and NVIDIA 3D technology and is also built with Unreal Engine 4. The game is touted to have received over 1 million views upon its preview launch on video sharing website, Bilibili.

Gaming Market is More Focused on Transaction Volume than Quality

The blockchain company also noted that the gaming market is more focused on transaction volume and giving users fast gains. However, more priority has not been placed on quality games which the user actually wants to play. Therefore, ParityGame wants to innovate by developing games based on blockchain which the user has an interest in.

“ParityGame aims to set itself apart from this, developing games that users actually want to play, which are enhanced with blockchain as an underlying technology.” said the document.

In November 2018, the Sony Play Station 4 also got its first blockchain-based game, Plague hunter. At that time, Arcade Distillery, the game’s developer had revealed that the free-to-play (F2P) game will be launched in the first quarter of 2019. Like ParityGame’s, Arcade Distillery seeks to bring transparency in the marketplace where trades are verifiable.

The post Ontology Partners with ParityGame to Develop Gaming Platform Based on Blockchain appeared first on ZyCrypto.

Speculation still remains the number one use case for cryptocurrencies. The launch of stablecoins, especially USDT, led to an explosion…

On Tuesday BitBounce, a cryptocurrency spam solution company that enables its users to get paid to receive unsolicited emails reported…