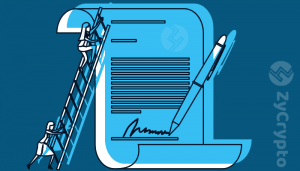 Back in June 2018, around the time when the Cannes Lions International Festival of Creativity was taking place in Senegal, one of Africa’s most beautiful countries, the legendary music and rap star Akon, announced his intention to lunch what he termed a “smart city” in his Country of birth, Senegal. Akon even went further to brand the project a “real life Wakanda”, stirring up cryptocurrency fans around the globe.

In Akon’s announcement in June, he disclosed that the “Akoin” digital currency is set to be launched in two weeks time. However, seven months later, the coin is still yet to see the light of day. While the smart city/akoin is not up and running, it can be verified that the Akoin project is still in its foundational process, but what is the cause of the delay that is taking the “real life Wakanda” more than half a year to be brought into reality?

The Structure of Cryptocurrency in Senegal

Not only did the president of Senegal Macky Sall, gift Akon 2,000 acres of land for the Akoin project, but the Senegal government had also recently undergone a partnership between Banque Regionale de Marches (BRM) to launch a national digital currency dubbed “eCFA”. With the government’s multiple involvements in cryptocurrency, it is certain that the Akoin project is not facing any hindrance from the Senegalese government.

Meanwhile, in-depth research reveals that the delay of the Akoin project may be solely tied to the intensity of the project structure. This is evident in the fact that Akoin is not only a digital currency, but is intended to fuel a Smart city, one that Akon says will create schools, parks, and even hospitals.

Seeing that the technology will require a handful of technicians, the project has taken a rather calculative process as it partners with Lottery.com in aims of attracting as many investors as possible. While this is already slowing down the project’s movement, the Akoin project is already showing signs of what Akon says will be “the savior for Africa”.

The number of banks joining the Ripple network keeps increasing by the day, continuous awareness pulls more financial institutions to…