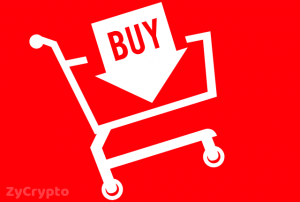 The Crypto market is in pains, but that doesn’t seem to deter some people and investment institutions that look to hold out as long as possible. In fact, reports indicate that HODLers have become more active in accumulating more coins even as the market takes hits after hits.

One particular person has come out to announce this seemingly strange development as well as offer clues as to why it’s happening. The Rhythm Trader is a crypto enthusiast that’s been quite a twitter sensation and records an impressive 10,000 twitter followers. For what it’s worth, he or she has shared some very motivating tweets that have been pillars to a lot of people during the hard times. This time around, the focus is on the current dumping and buying craze as the Bitcoin market takes a dip.

They’re In For The Long Haul

According to the tweet posted by the Rhythm Trader, Bitcoin’s price situation over the last one month indicates that a lot of coins have been accumulated by entities that are not looking to sell any time soon. Looking at what has been happening since December, it’s easy to see that this claim isn’t unfounded.

December is the month that Grayscale Investments announced that it had achieved an important milestone. As such, the firm, which is owned by Digital Currency Group, had managed to get 200,000 BTC under its management. That’s upwards of 1% of the total Bitcoins currently in circulation. Besides that, it’s fair to note that most of the customers served by Grayscale are financial institutions with vast interests in the crypto market. They’re the whales.

Going further, the Rhythm Trader explains that this mass accumulation has been mainly influenced by the whales who want to maintain their positions. In that case, the smaller players find themselves emotionally influenced, and they end up liquidating their positions and giving the whales even greater control.

Keeping in mind the possible huge drive influencing this market condition, it’s pretty certain that there is a possibility that the situation could drag on through 2019, although some people are of the opinion that the HODLers are actually anticipating a market reversal that could send the bulls on a run and possibly take the Bitcoin price to the moon. We can only wait and see.

The post Rhythm Trader: Whales Acquiring Massive Amount Of Crypto with No Purpose of Selling it appeared first on ZyCrypto.