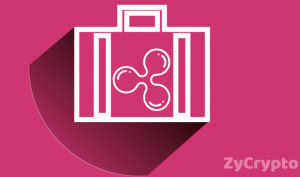 Ripple has been on a hiring spree the past few months. They have been aggressively searching for top-notch tech talent, but are also looking to fill other roles as shown by their recent move to steal Stuart Alderoty from the traditional financial sector and make him Ripple’s general counsel.

But it’s not always easy for crypto companies to land the specific talent that they want and need. An engineer who wishes to remain nameless told CoinDesk that Ripple offered a big number when they approached with a job offer. “This is for a DevOps role, which is generally harder to find, but these are really big numbers. It comes across a little bit desperate.”

XRP advocate and Ripple’s former community liaison Jon Holmquist, says that hiring is tough in the cryptocurrency sector because of the uncertainty. Top talents across multiple fields worry that companies won’t be able to secure funding during this bear market and that the coins they are paid with could be worth half as much in a flash.

“Nobody wants to join the cryptocurrency market for the first time during a bear market. I believe this is an industry-wide problem. There is always a talent shortage.”

Ripple is not just seeking blockchain experts, they are looks to add talent in multiple areas and are hoping to cultivate a dynamic team. A representative Ripple explained, “we are not necessarily after blockchain experts. We are willing to teach domain-specific expertise. We think it is important that our engineers can humbly carry themselves and think of creative ways to solve difficult problems.”

A Ripple spokesman responded to the CoinDesk article and refuted the claims of huge bonus offerings.

“Ripple does not offer engineering compensation packages that include XRP bonuses. In late 2018, we found out that a contracted recruiter was incorrectly suggesting to prospective employees that such packages were available. That individual has not worked on our behalf in months.”

Some in the space may like Ripple’s aggressive recruiting tactics but others may see it as a sign of weakness. Either way, it’s always good to see an influx of talent and ideas coming to the blockchain industry.

Is Tesla’s involvement in Ethereum enough to revive the Ethereum Network?

For the longest time yet, the cryptocurrency community, ranging from users to traders and even top leading crypto firms craved…