During the last 24 hours, Bitcoin’s price made another leg down toward the 0.618 Fibonacci retracement level where it found temporary support and slightly bounced upward then.

This decline came after a few days of a narrow range price consolidation.

At the moment, BTC is trading around the $3550 price level where it is currently getting rejected and will probably try to retest the last low before choosing its next short term destination.

The 0.618 Fibonacci retracement level might turn out to be another bullish attempt to start a mini-rally, even though as of now it’s hard to say that.

Notice also that BTC price broke below the head and shoulders formation right-shoulder’s support level, but at the moment the structure is alive, while another move down will surely cancel this mentioned formation, so watch and follow.

XRP is currently trading at the lower support level of the trading channel, between the $0.324-$0.31 price range.

If you followed our last analysis, then you probably noticed that this support level is where we pointed out that XRP would visit, in the case of a bearish breakout of the symmetrical triangle formation that was mentioned.

Looking at the 4-hour XRP-USD chart

Looking at the 4-hour XRP-BTC chart 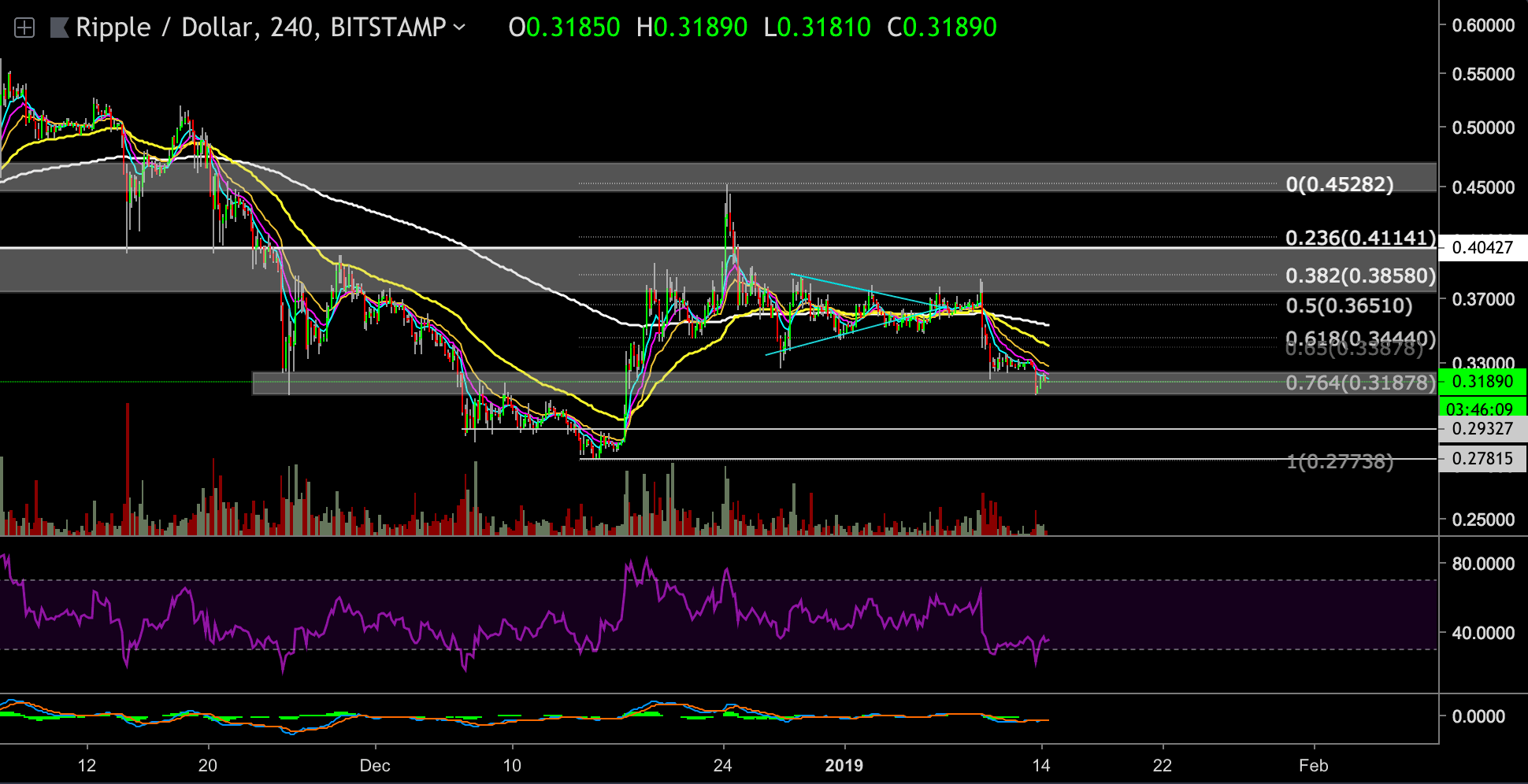 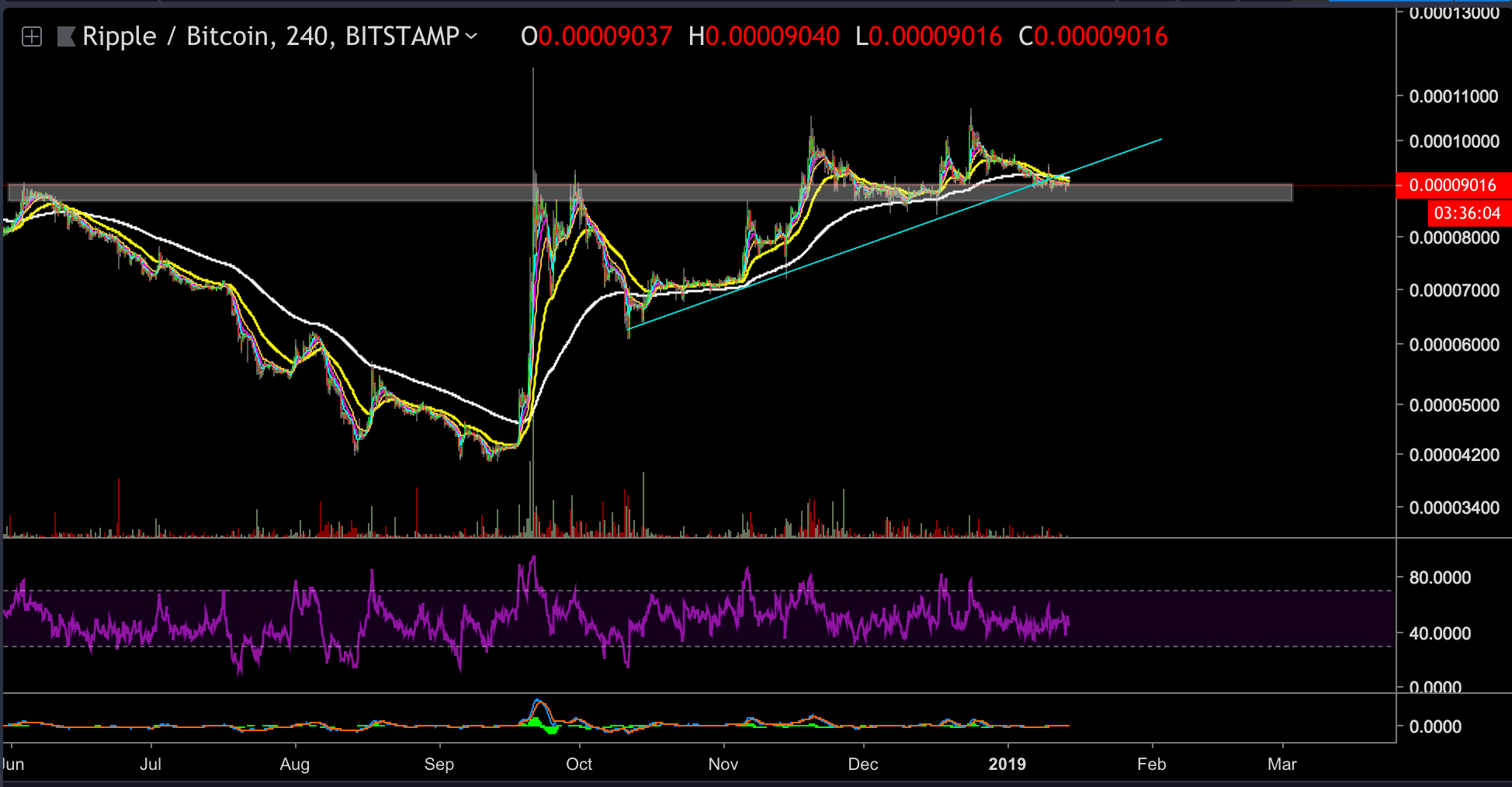 Ripple has seen a steep fall, which totals over 12% throughout the past 24 hours of trading, bringing the current…

Popular Bitcoin proponent and educator Andreas Antonopoulos believes that the current drops in oil prices will benefit some BTC miners.…