The Crypto market’s volume is decreasing as BTC chart is getting closer and closer to the edge of the descending trend-line that has been formed in the past month (since December 28).

This technical formation and volume decline, together with the uncertainty of the fundamentals, result in a situation the bears and the bulls are waiting for the next market’s trigger to point on the next move.

XRP is currently trading at the $0.314 price area, which is not too far from where it was traded during our previous price analysis.

Looking at the XRP-USD 1-Day chart: 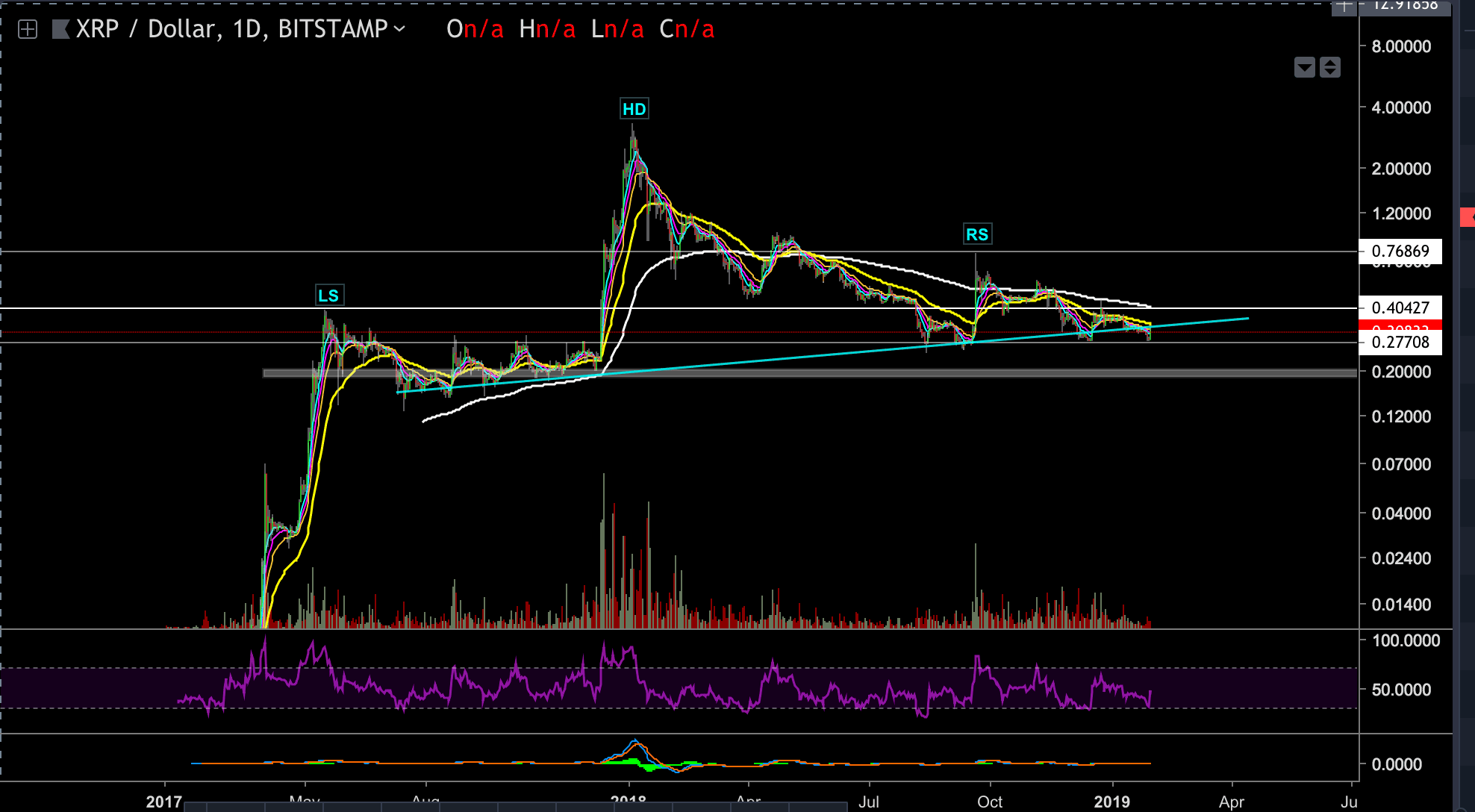 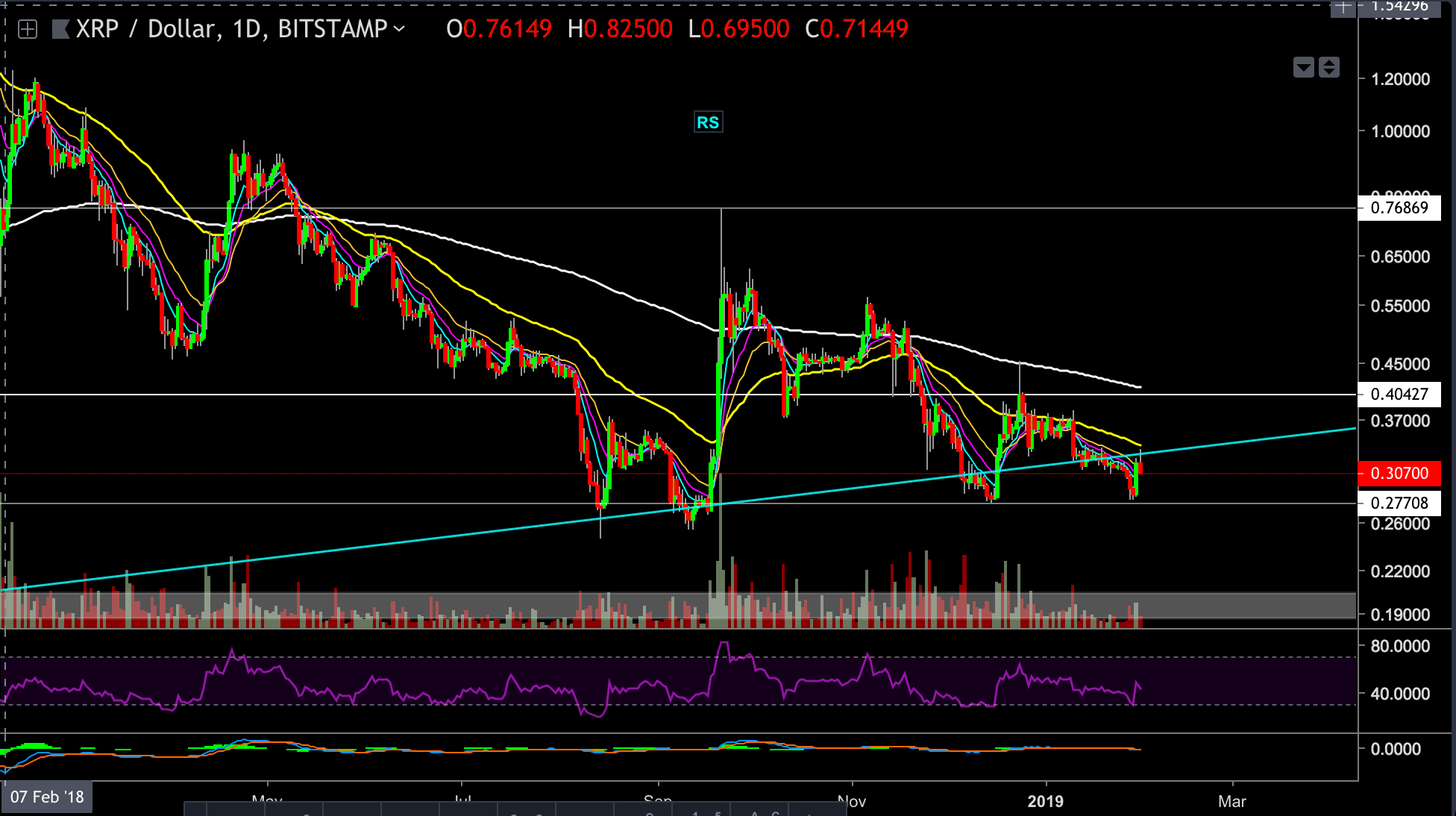 Looking at the XRP-BTC 1- Day chart: 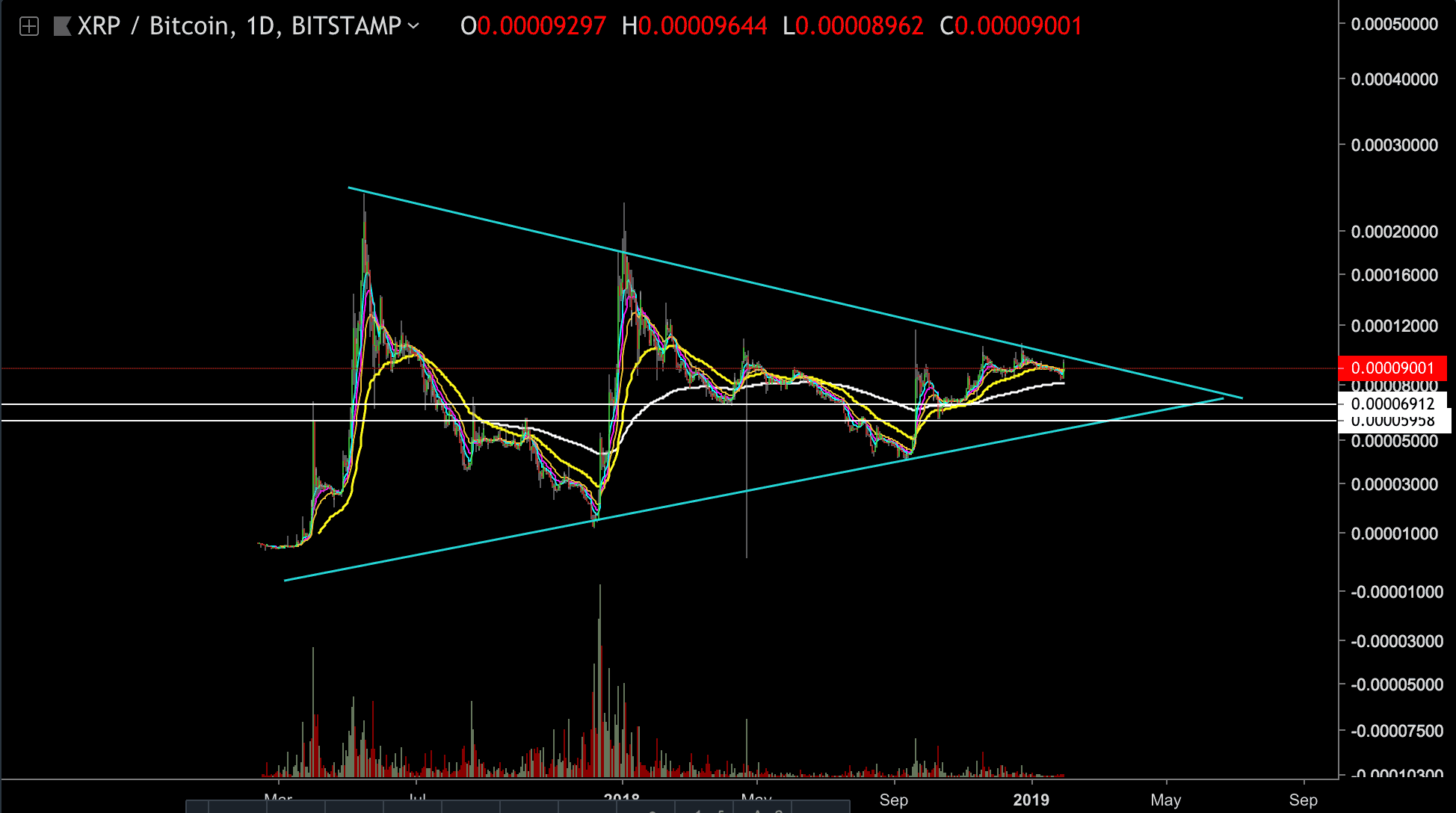 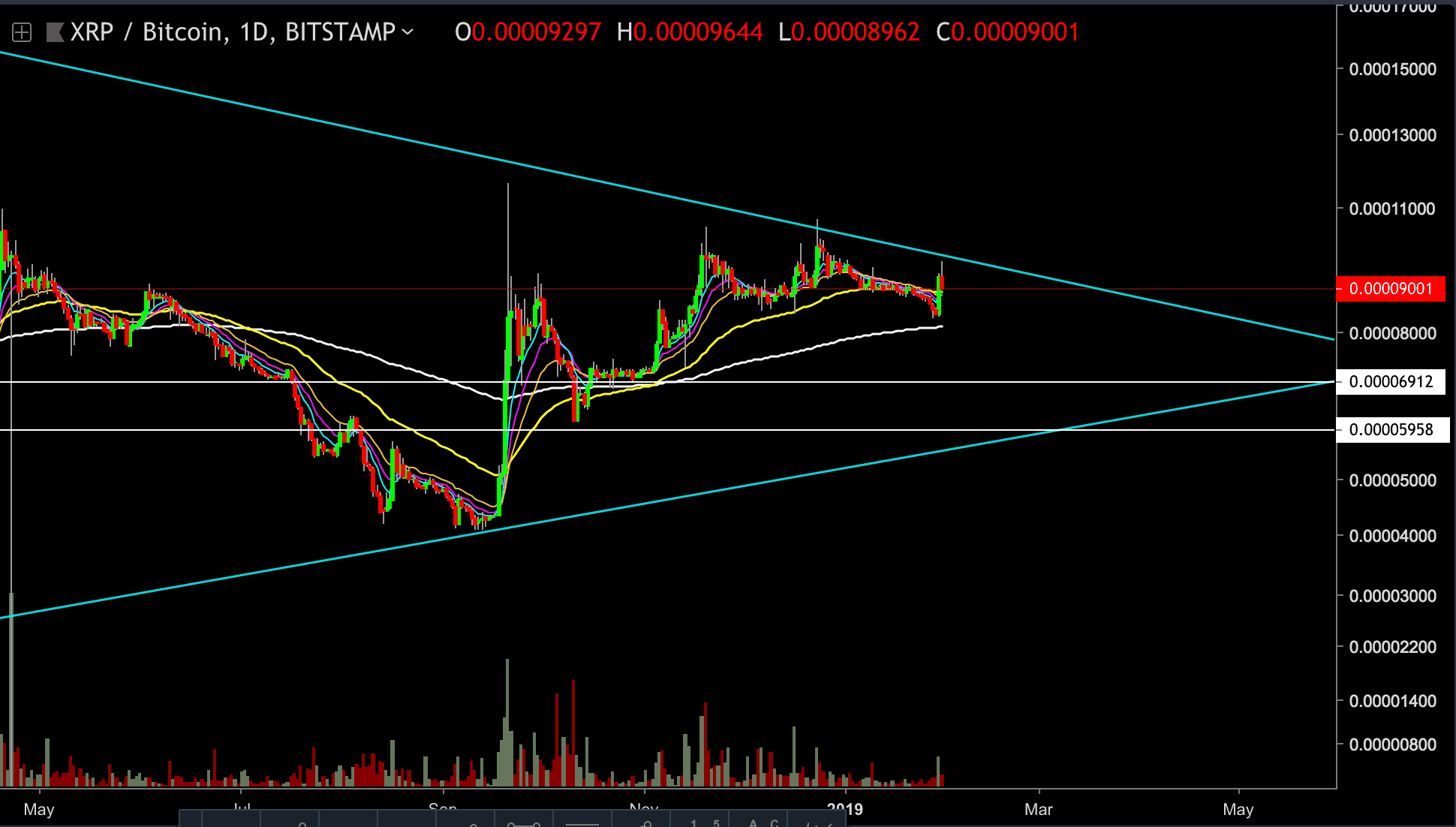 Bitcoin starts the week following a bullish weekend. Just as anticipated, Bitcoin broke above the $7600 to a new price…

The Bancor team announced on Jul 08 and Jul 13 that the REN, renBTC and ENJ tokens will be offered…