Ripple’s stagnation continues as the market remains in a sideways action. Ripple is currently struggling to break above the $0.33 level but if it does succeed, we could see it quickly heading toward $0.35 and beyond.

Ripple has recently announced a partnership with the blockchain gaming company Forte. The two companies have come together to create a $100 million fund for game development. Forte will manage the fund and target game economies with more than 50,000 daily users.

This partnership should help give rise to in-game cryptocurrency economies that can leverage the use of blockchain technology to conduct in-game micropayments.

Ripple remains ranked in 3rd position of the leading cryptos as it presently holds a $13 billion market cap value. 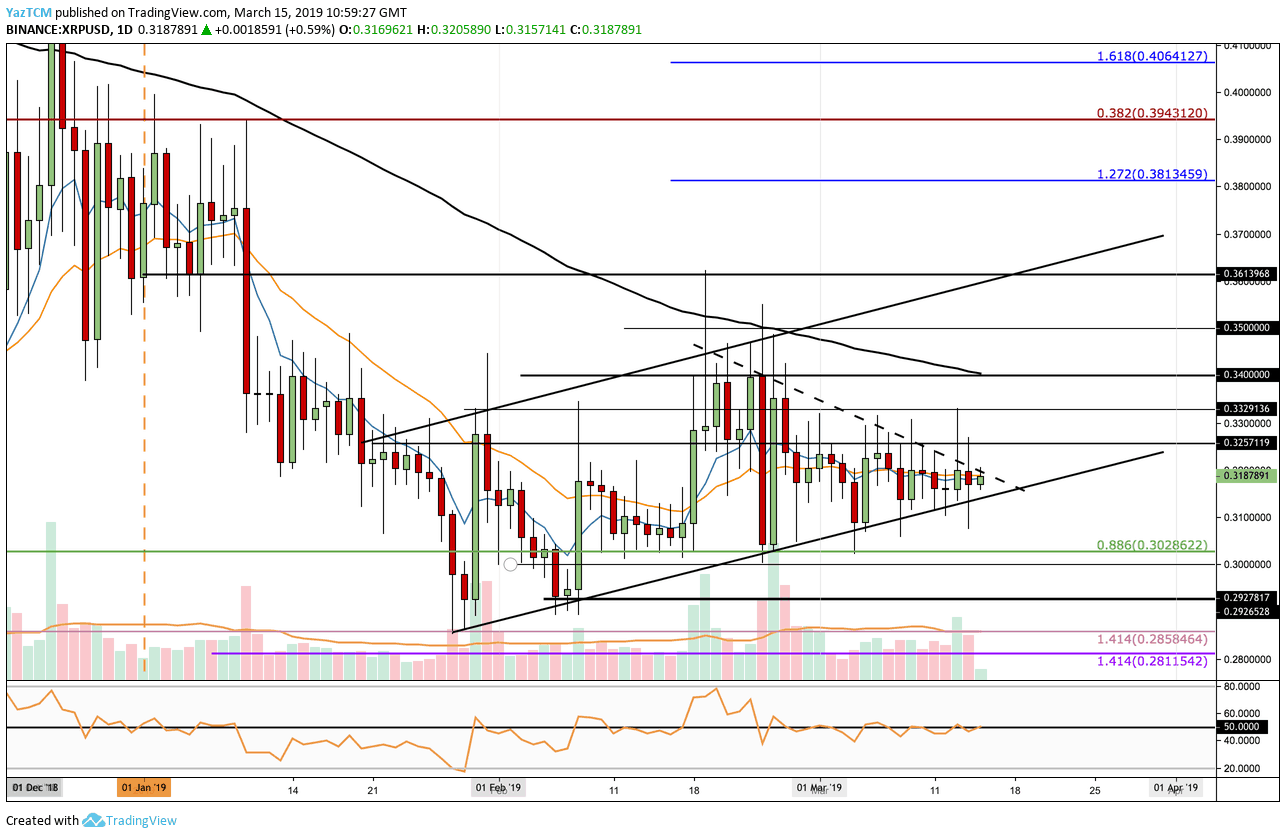 Looking at the XRP/BTC 1 Day Chart: 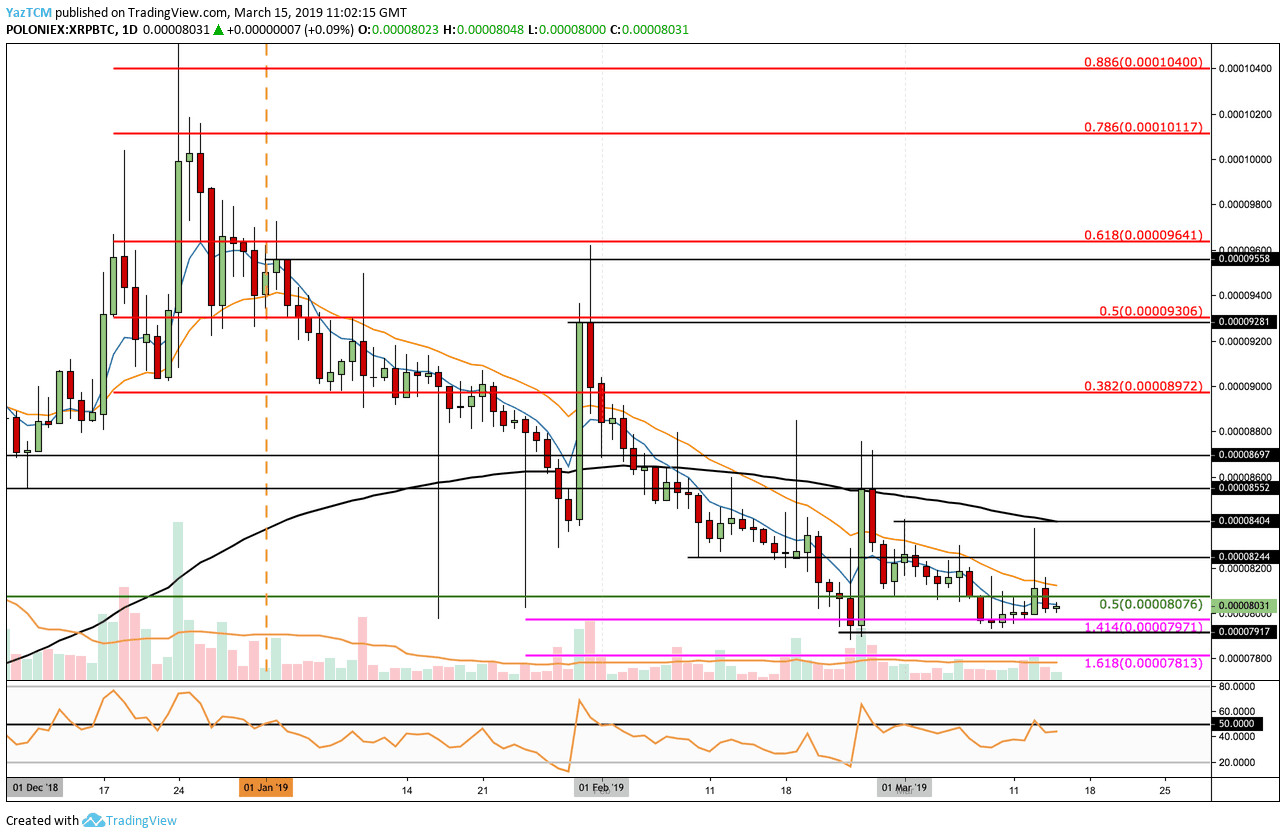