The crypto market is still showing strength and might be retesting the highs.

Bitcoin price breached above the symmetrical triangle formation two days ago with green candles and a flag formation evolved since then in the 1-4 hours chart. The upper flag’s trend line was breached today, a move that ignited the other big Altcoins.

XRP hasn’t reacted to that move yet, but the chart is in a very interesting scenario.

XRP is currently trading at the $0.37 price level, and it’s at the APEX of the symmetrical triangle formation (apex is the tip of the triangle where the two contracting lines meet).

Looking at the 4-Hours Chart 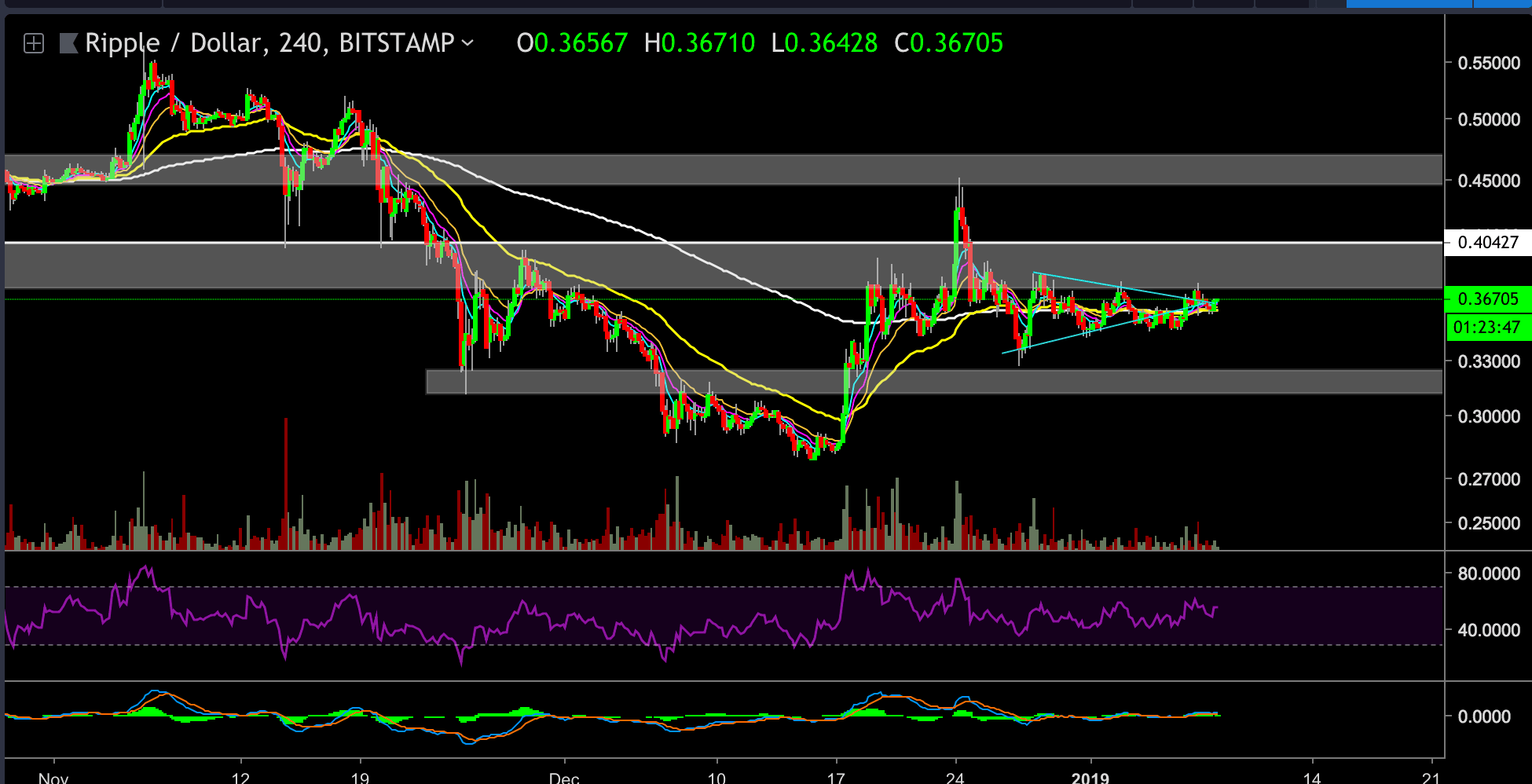 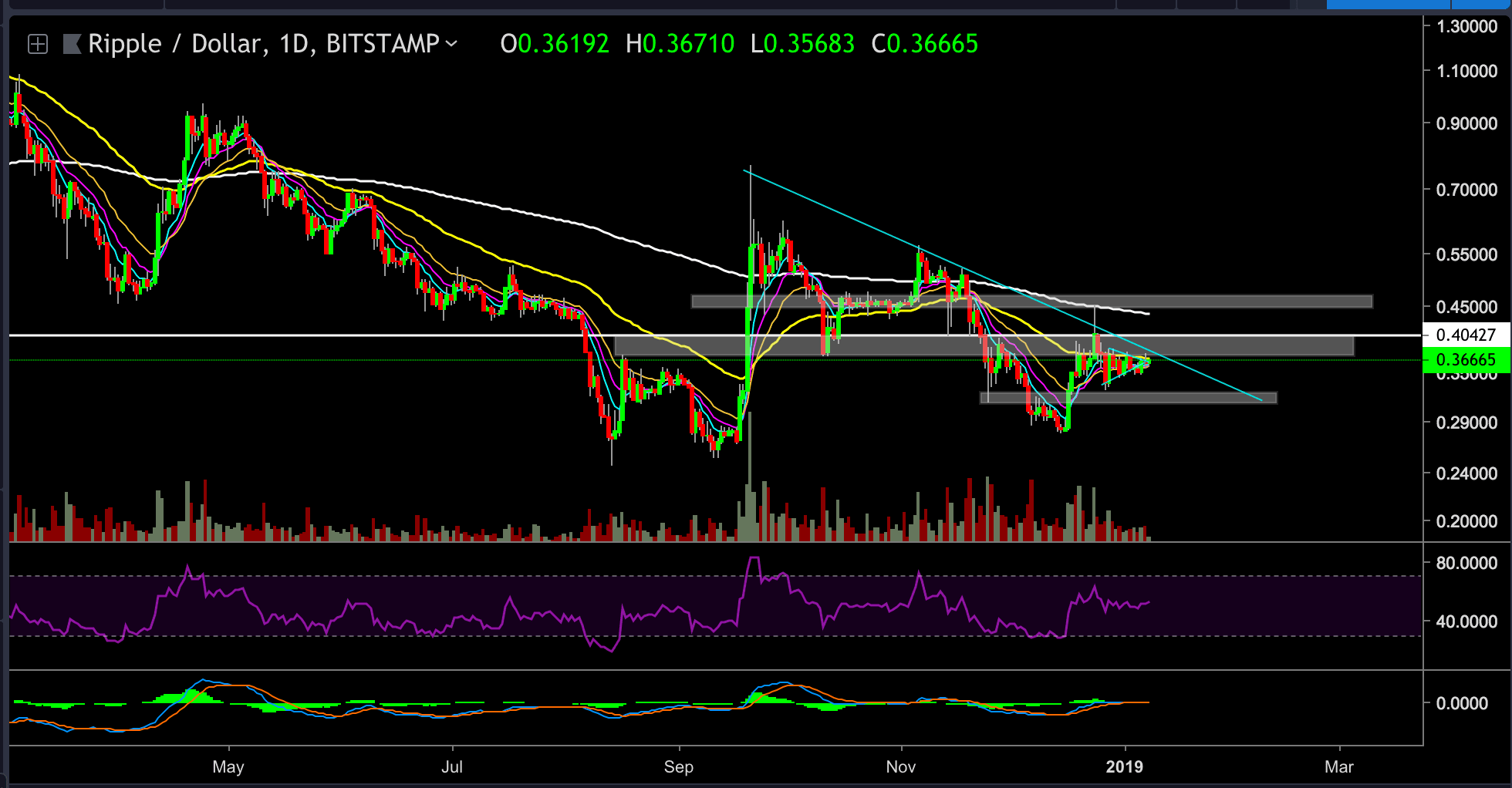 Notice the upper blue declining trend line. This trend line could interfere and act as another resistance forth if XRP chart chooses the Bulls side.

The post Ripple XRP Price Analysis Jan.8: The $0.4 Resistance is Getting Closer appeared first on CryptoPotato.

Peter Schiff’s blind skepticism toward Bitcoin would be better applied to the mainstream media. The self-professed ‘gold-bug’ and vocal Bitcoin critic…

Stellar works as a cryptocurrency and payment platform. Stellar Lumen (XLM) makes its way to Bitcoiva, a leading Indian crypto…