Breaking news
Liquidus: A Platform That Makes DeFi Processes Simple With Opportunities…DeFi Connect Warms up for DefiPay Launch for More Convenient…Why XMR Poker Might be the Future, Instead of the…The P2E Alliance Launched by YooShi is Live for recruitment!BitArk, the world’s first layer2 distributed storage protocol

A 4-week-young blockchain game dapp, CryptoDozer, hits record high NFT transactions, averaging 30,000 weekly transactions, eclipsing well-known flagship blockchain game, CryptoKitties. CryptoDozer is a blockchain-powered arcade game with the aim to collect various ETH-valued CryptoDolls by dropping coins. The game has seen thousands of users successfully withdraw ETH since launch. Even the first of CryptoDozer’s highest valued CryptoDoll, worth 70ETH, has been successfully won, by a player in Spain last week. The game has seen some serious ETH wins in its first four weeks, such as the college student from Vietnam collecting a 30ETH -valued CryptoDoll, CryptoDozer’s second highest prize. As well as the 70ETH – worth approx. $11,000 at the moment – winner, a real-estate worker in Spain. CryptoDozer is converting many users from non-crypto friendly to crypto gamers. In fact, of the four largest winners to date, only one has played Crypto games extensively before playing CryptoDozer.

The team behind the dapp, PlayDapp, is aiming high to ensure sustainable success in the blockchain gaming space. PlayDapp, a team of 20 with former PC and mobile gaming veterans, aims to build a blockchain-powered, open marketplace for individual game enthusiasts and developers. Running CryptoDozer successfully on Ethereum blockchain now, they are also developing their own additional titles and co-developing new dapp games of world-famous traditional game IPs recently partnered with.

PlayDapp will leverage its own content power, its new NFT marketplace service and major blockchain networks to maximize business opportunities into a dominant blockchain-gaming network while running multiple game dapps with top market share. Starting from CryptoDozer, the startup will unite various blockchain games and their assets on one channel, the PlayDapp open service. As the first step of platform building, they will launch additional integrated game dapps with the characters and game assets of CryptoDozer on different blockchain networks including Ethereum, EOS, TRON, Bitcoin Cash, and more. 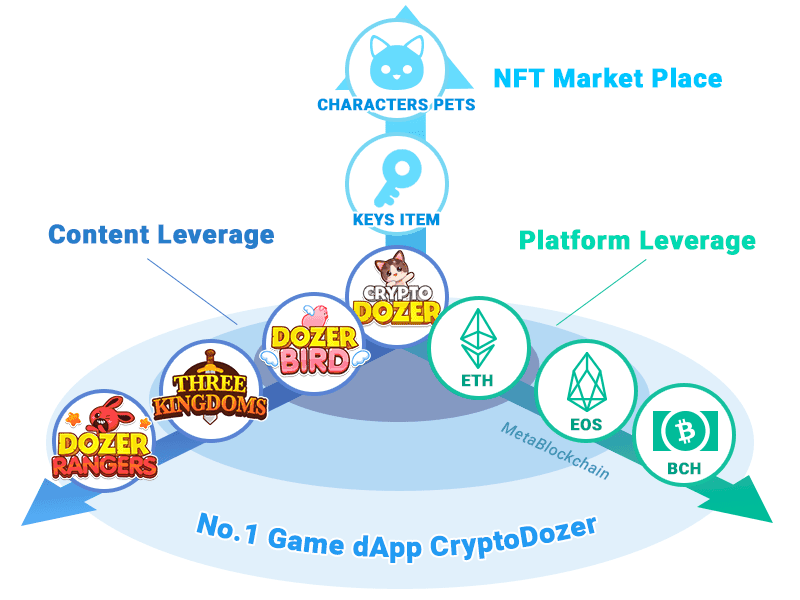 PlayDapp team emphasized that the gaming sector is expected to drive massive user numbers to the blockchain space and that PlayDapp will lead the market with all-time high user volume as well as offer the new gaming economy standard in the sector.

You can play at CryptoDozer

Bitcoin It was a volatile week and the price touched $9,000 for a short time before correcting to $8,000. Even…

The P2E Alliance Launched by YooShi is Live for recruitment!