Talks about another stimulus package are set to restart soon. Nancy Pelosi, the House Speaker stated that they will resume negotiations about another economic relief package. According to various sources, the new proposal could be around $2.4 trillion in aid.

The last stimulus package had a direct impact on the stock market and consequently on the SP&500. 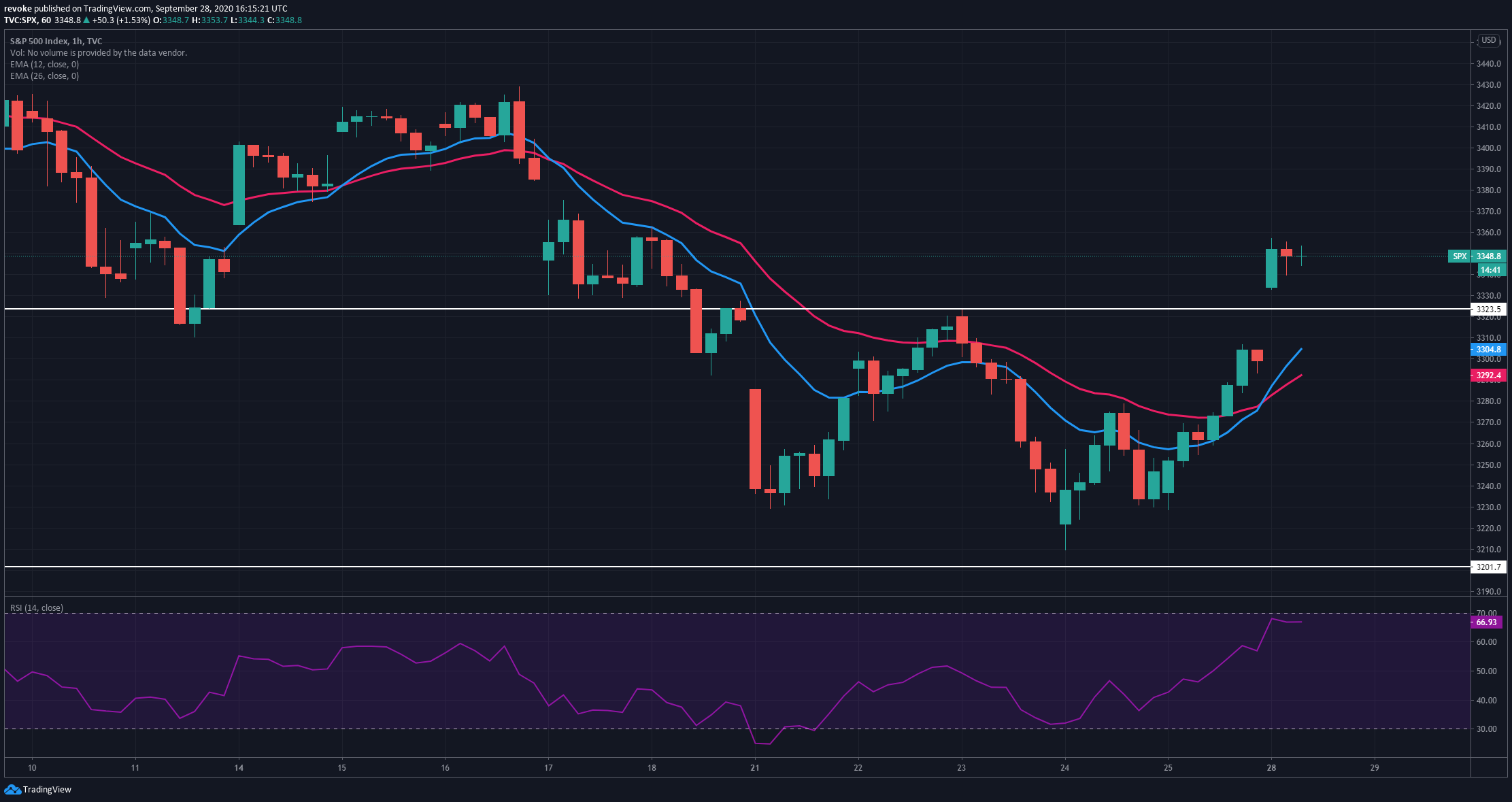 It seems that thanks to the news the SP&500 has already survived its recent downtrend. On the 4-hour chart, the index was trading inside a downtrend with very clear lower lows, however, after the open of today at 3,346, bulls have managed to climb above the 12-EMA and the 26-EMA and broke the downtrend.

The next step for the bulls will be setting a higher low compared to 3,209 to confirm a 4-hour uptrend. The RSI was also quite overextended and has bounced back up to 52. The most important support level is now the 26-EMA at 3,328. 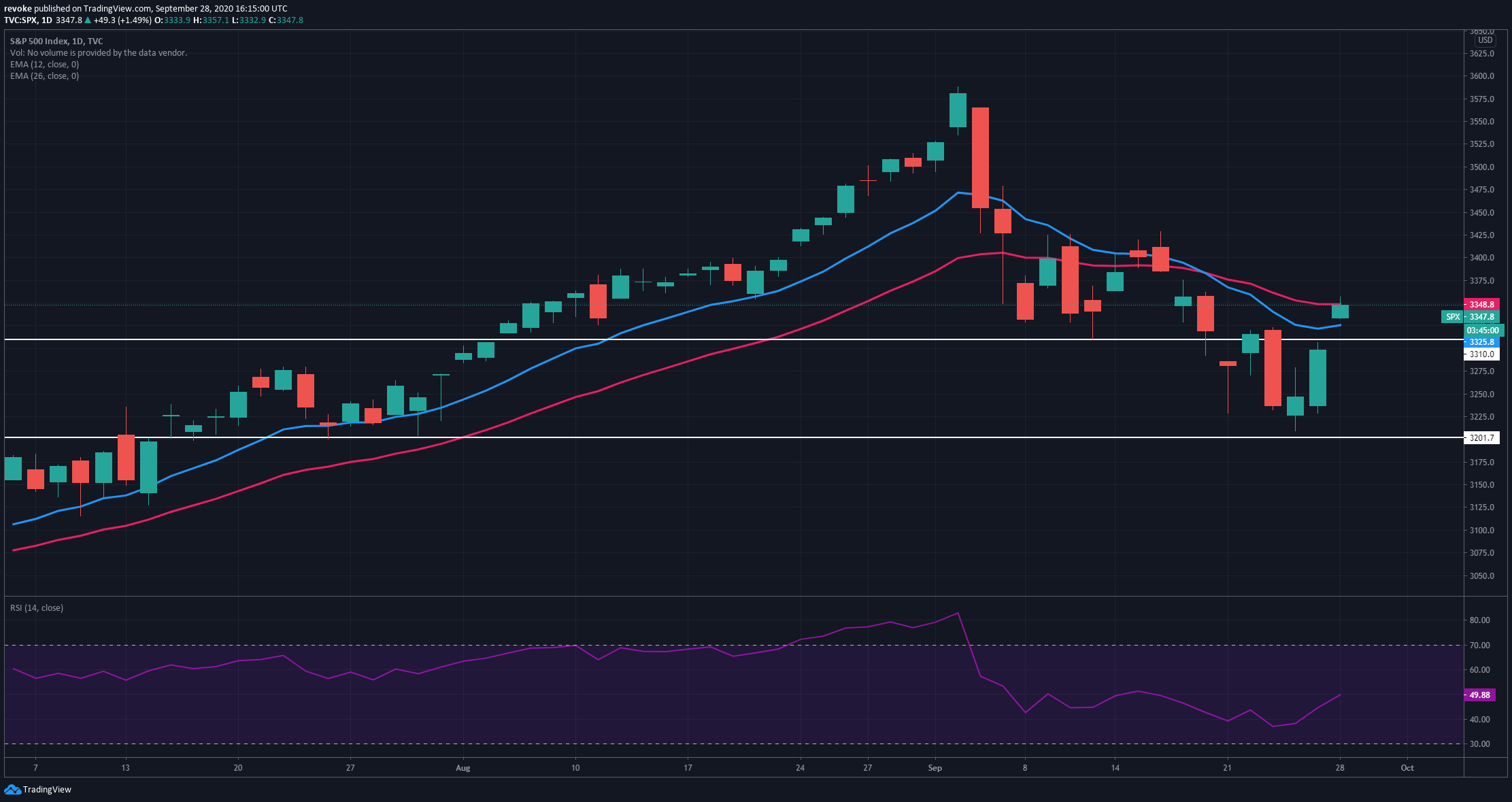 While the bounce from September 25 and continuation today are great, the daily downtrend is still intact as the last high is all the way up at 3,428. Bulls are trying to push the index above the 26-EMA at 3,348 and have turned the 12-EMA into support.

The RSI is only at 50 and will not pose a threat to either the bulls or the bears. The 3,200 level is now established as a vital support level as it was defended several times in the past on July 24 and July 30.

We still don’t know exactly when the stimulus package is coming or if it will be $2.4 trillion. The speculation around it is certainly helping the S&P 500, however, a notable change in the terms of the package could have a devastating effect on the index.

Other indices also jumped today, the Dow Jones Industrial Average is up 1.7% while the Nasdaq jumped 1.49%. Similarly, other stocks like TSLA raced 5% higher during the morning while AAPL saw a 1.1% increase.

Bitcoin Just Hit $10,000: Those Are The Next Possible Price Targets

Only four days left until the Bitcoin halving event. This by itself could have been enough fuel to push the…

Correction Day is HERE! Should you Sell or start Buying Cryptos?

After our previous article predicting a possible heavy correction day, here we are today witnessing a strong selloff. This correction…