Since the announcement of the newly-found partnership between Justin Sun’s TRON network and the popular stable coin Tether (USDT), around 3.5 percent of USDT’s total supply is already residing on TRON’s network.

3.5 Percent of All USDT Already on TRON

Back at the beginning of March, TRON announced a partnership with Tether which is supposed to see the stable coin migrate its supply to TRON’s network.

Less than a couple of short months later, it appears that 3.5 percent of the total USDT supply is already on TRON’s network. 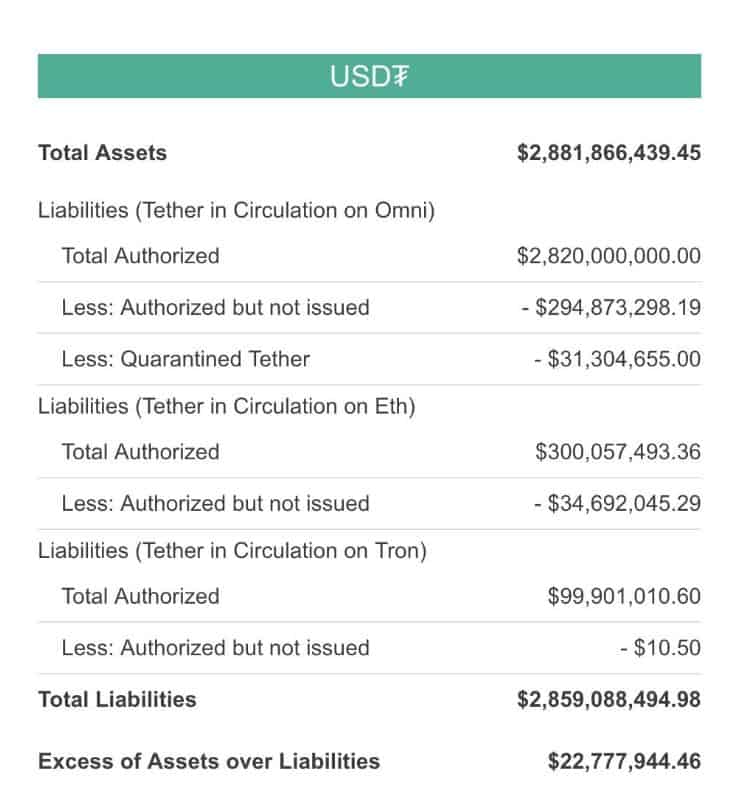 As seen in the picture above, the USDT in circulation on the TRON network is currently valued at a little bit less than $100 million, which represents 3.5 percent of USDT’s total supply.

Speaking on the matter was Justin Sun, TRON’s founder, who said:

It’s also worth noting, however, that the predominant amount of USDT continues to exist on the Bitcoin-based Omni Layer. A part of its circulation supply continues to reside as an ERC20-based token on the network of Ethereum.

Meanwhile, Tether has printed yet another 300M USDT on the Omni layer, the transaction details for which can be seen here.

While it’s anyone’s guess to tell whether or not this will impact the market, looking at the charts reveals an interesting pattern.

Since bitcoin’s breakout at the beginning of April which saw the cryptocurrency gain about 25 percent in a matter of hours, the total market cap for Tether has also increased with about 25 percent which is roughly around $500 billion – from $2 billion to $2.5 billion.

This could be a signal that the buying interest is following the price quickly and it could suggest that it is increasing as the price increases as well. This could, in theory, provide grounds for further momentum.

The latest print of 300M USDT follows a fairly similar pattern. On April 23rd, Bitcoin saw another leg up, jumping from $5,390 to around $5,640 which is an increase of about 5 percent. Two days later, Tether’s total market cap jumped from around $2.7 billion to around $2.84 billion which is, not surprisingly, a little bit more than 5 percent up.

BNB, like most major cryptocurrencies, has experienced a significant bull rally in the last few weeks. The initial breakout above…

DON’T BUY BITCOIN! 3 reasons why it’s too late and waiting is a Good Idea

Bitcoin finally hit USD 20,000 yesterday, an event highly anticipated by all crypto enthusiasts. When this happened, all altcoins shot…