Binance Coin has seen another price increase, which totals around 8% over the past 24 hours of trading (as of now), BNB had even managed to reach $29.83 early today, creating a new all-time high, before the bullish pressure started to fade away.

After an extraordinary price explosion totaling 230% over the past 90 days, Binance Coin remains in the 7th place amongst the top cryptocurrency projects by market cap as it currently holds a $4.11 billion market cap. 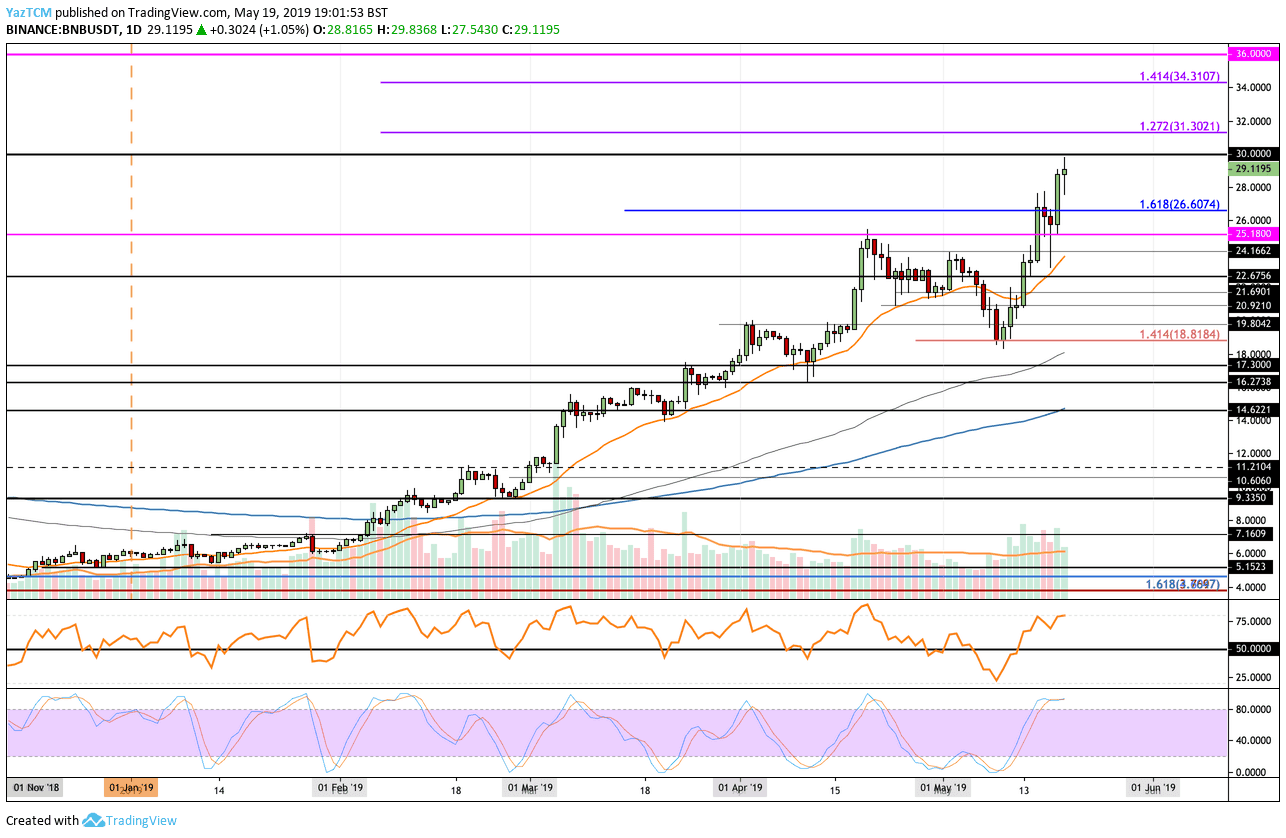 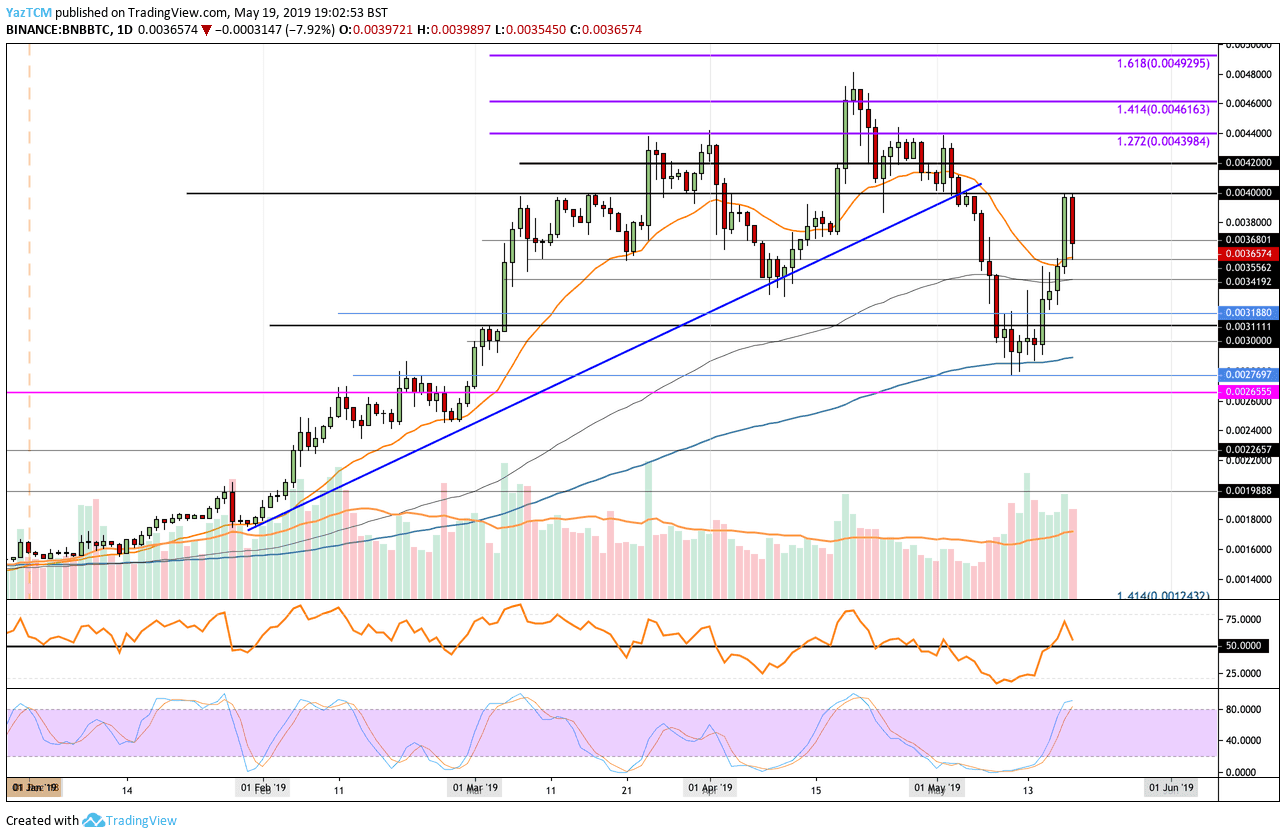 The post The Altcoin of 2019: Binance Coin Records Another All-Time High At $30. What Are The Next Targets? BNB Price Analysis appeared first on CryptoPotato.

WazirX Price Analysis: WRX Facing Critical Resistance At $0.1 But Can It Break Through?

After a 25% daily surge, WazirX continued to struggle under key resistance across trading pairs WazirX is looking for a…

Ripple soars 140% this month – 3 reasons why XRP is mooning

After a month of lagging behind the cryptocurrency market, Ripple finally exited its consolidation period and started its strong uptrend.…