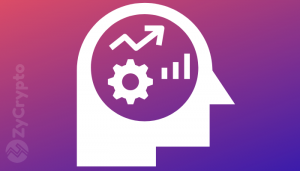 Bitcoin has been in a struggle since 2018 and it seems the struggle will not be over soon. However, many experts, investors, and analysts have predicted that the asset has a bright future. One investor, Josh Rager has spoken again concerning the future of Bitcoin. Josh posted on his Twitter page that the current price may be the last opportunity for intending investors before the price becomes too expensive.

Global income per household is debatable, regardless, $BTC speculative value could be out of reach for most pic.twitter.com/GrmepQyNPp

https://platform.twitter.com/widgets.jsAccording to Josh, Bitcoin will become unaffordable for most people by 2021 as the price will soar very high from that year onwards, adding that “Global income per household is debatable, regardless, $BTC speculative value could be out of reach for most.”

Another Chinese investor and a Bitcoin billionaire Zhao Dong recently said Bitcoin will reach $50,000 by 2021 and like Josh, said now is the right time to buy before the price starts going up by 2020. He also predicted that Bitcoin will start surging in 2019 but a significant growth will be by 2020 before the major hit in 2021.

The predictions may be as a result of the recent interest in cryptocurrency by institutional investors such as such as the American pension funds that recently invested in a crypto fund in the United States. The recent launch of JPM Coin by the banking giant JP Morgan also proves that institutions are getting into the cryptocurrency industry and the future is bright for investors.

While the future looks bright, Bitcoin right now is trading just above $3,600. Although the entire market started surging with Bitcoin, there was a sudden stop and it seems to be going down a gentle slope once again. This may just be a delay meant to give potential investors more time to invest as Josh has said.

With so many consistent predictions on Bitcoin price surge, it will be wise for those who are interested in the asset to invest now before the surge begins. Some people though are more comfortable investing when the price is already on its way. The question is when precisely will the bull run start, because the cryptocurrency community is earnestly looking forward to it.

The post ‘This “could be” the last time You can afford to buy an Entire BTC’ – Bitcoin Investor Josh Rager appeared first on ZyCrypto.

Most people who are involved with Bitcoin or other cryptocurrencies are focused on one thing, gains. The majority of the…