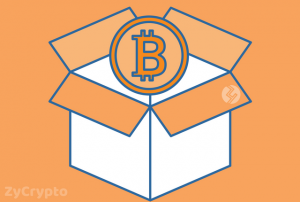 The biggest mystery in the world of cryptocurrency for the longest time yet has unarguably been the identity of Satoshi Nakamoto being that he is the creator of the first and the most valued cryptocurrency by market capitalization.

However, till this day, many are still chasing their curiosity, navigating through every means possible to unveil the identity of the genius behind this mind-blowing technology.

Furthermore, the argument on whether top BSV proponent Craig Wright is indeed Satoshi Nakamoto has further stretched this search. While the vast majority seeks to unveil Nakamoto’s true identity, the real question stems further than making the much-anticipated reveal, and this is none other than the impact this “John Doe” will have in the cryptocurrency market. Interestingly, there seem to be a few significant impacts that this finding will birth, some of which will go on to initiate a long-term Bitcoin bull run.

More than clearing the air between curious users, Nakamoto’s identity is certain to birth unity and confidence between the cryptocurrency users. With tons of Nakamoto statue being built by fans and a large number of individuals standing firm on the possibilities that Bitcoin has to offer, it is evident that the founder of Bitcoin will command confidence by affirming or further explaining the many other intents behind the Bitcoin network.

It is clear that up till date, many cryptocurrency naysayers have begun to adopt digital currencies and some are even reportedly creating theirs. Despite the fact that some top economic and financial personalities have countered the solidity of cryptocurrencies, a few others are pioneering the value of Bitcoin against every other altcoin.

With the likes of Jack Dorsey and Steve Wozniak pitting Bitcoin against gold, the influence of Satoshi Nakamoto will certainly go on to build stronger partnerships between top Bitcoiners, one that will create a larger group of investors.

Conclusively, this will eventually secure massive adaptation and increase interest between old and new investors. While there will be major hype surrounding this reveal, a long term bull run is likely to surface, as most individuals place a great deal of trust on cryptocurrency network developers.

The post Three ways the Identity of Satoshi Nakamoto will Significantly Influence the Crypto Market appeared first on ZyCrypto.

Binance Coin set to hit $10, Stellar (XLM) At Risk Of Being Overtaken By BNB

The Binance coin BNB has been outperforming in the cryptocurrency market since the past two weeks. As if moving from…

SBI is gearing to back up Ripple to push XRP above bitcoin in the crypto market cap. This may happen…