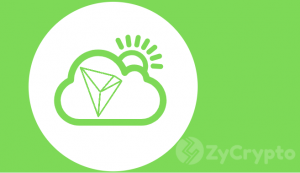 Truth be told, things haven’t been looking attractive for much of the crypto market over the last 24 hours, but that leaves an exception: TRX.  While the rest of the cryptos on the general chart dip into the red, Tron seems to have found its inspiration from whatever market event that had triggered the red trend. So what’s really going on with TRX? 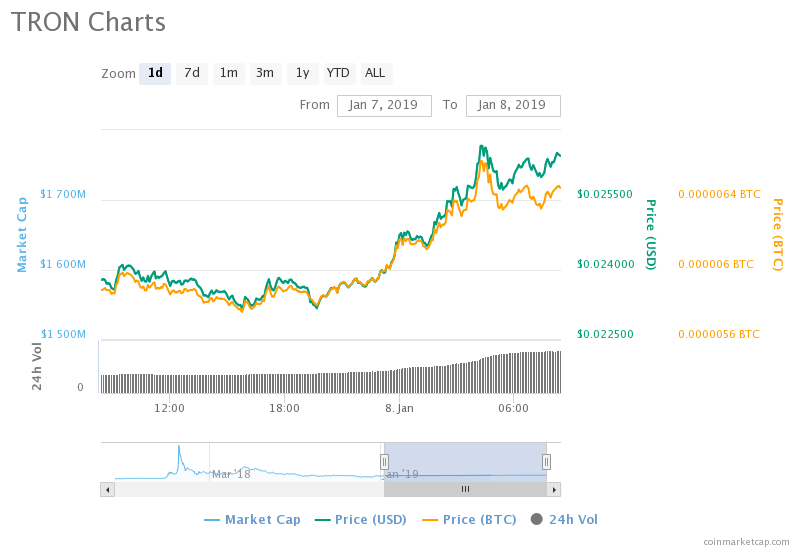 According to a tweet by Misha Lederman a few hours after Tron started its defiant climb, the crypto has already made a major stride to grab the number 9 spot as one of the largest coins in the market. In the tweet, Misha expressed optimism that Tron could actually be on its way to better days as it sets its eyes on Tether. Could TRX soon wrestle position 8 from Tether? According to Misha, that could happen soon.

At the time of the tweet, Tron had gained by about 6%, and that was significant at a time when the rest of the market was seeing red. At the moment, the crypto has made further strides to achieve a cool 12.5% gain at the time of this writing. From the look of it, the trend might continue, although that’s not a guaranteed notion given the volatility of the crypto market. However, things are looking really rosy for Tron right now. TRX is now trading a catchy $0.026-$0.03, a figure that’s a far cry from the $0.014 of late December.

Could TRX Retain The Push?

Tron gets to number 9 right after knocking Bitcoin SV out of the position. TRX now has a market cap totaling $1.76 billion while BSV has $1.54 billion. Tron’s daily trading volume stands at around $322 million while BSV scores $45.7 million. As for Tether, the market cap stands at $1.9 billion, which leaves around $200 million gap between Tether and Tron.

With the rest of the market seeing red while TRX mounts a bullish assault, it’s pretty sane to expect Tron to be headed for good things ahead. However, the crypto will need to sustain a momentum just strong enough to defend its position as it sets its next target on position 8. This largely mirrors what happened with XRP when it kicked ETH out of position 2 just a few months ago, but whether or not Tron is now at position 9 to stay is yet to be seen.

The post Tron Defies Crypto Situation To Remain The Top Achiever In A Red Market As TRX gets set to Displace Tether (USDT) appeared first on ZyCrypto.

The cryptocurrency market has failed to live up to expectation leaving investors with nothing but hope for a better tomorrow.…

Mercury FX is trying to change the way people and businesses make international transactions. Their mission is to beat banks…