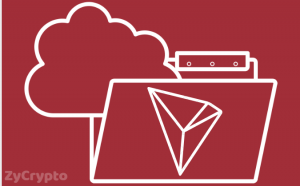 Tron CEO, Justin Sun took to Twitter again to announce the eight coin burn of the network. In his tweet he stated that 182 million ERC20 tokens were burnt, adding that supporter and believers are welcome to verify the coin burning.

Now, Mr. Sun and his team have made the public to see and accept coin burning as Tron ritual or tradition. As clearly stated in the tweet, this is not the first time this burning is taking place, it all started since the launch of MainNet in June 2018. The reason for this was to control inflation and offer incentives to users as stated by Tron foundation.

Just in November 2018, the CEO announced another coin burn of $800 million worth of Tron tokens, in a live stream, Sun gave an explanation for the burning. His explanation was that the burnt token has been sent to a lock-up address and can never be in circulation again. The purpose is to increase the value of the particular token by creating artificial scarcity.

However, it is only the old tokens that are burnt which is in no way linked to the new ones in circulation. Tron seems to have devised a method of strengthening the value of its token.

XRP Still In Bearish Trouble In spite Of Positivity Around Ripple