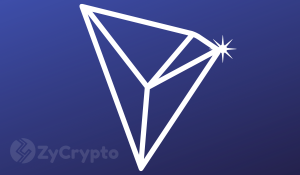 Tron (TRX) and Ethereum have been in a race since the time Tron became an independent network. Tron CEO Justin Sun seems to be more conscious of this race than Ethereum CEO Vitalik Buterin, which may explain why Tron appears to be winning. Recently even Sun’s Twitter followers exceeded those of Vitalik, as noted by Ran Neuner.

Sun currently has 847 thousand followers as against Vitalik’s 834 thousand. Some Twitter users who commented on Ran’s post said the number of followers may be different but the quality is different. Some think it is too early to tell which of the two is the winner.

Tommy Mustache, one of those who commented wrote;

“I do agree. It is still too early to tell who the winner is in this race.  The fact that ETH was not able to handle the Blockchain Cutties transactions and it boggled down their network last year did not give me confidence in them. That was why I made the switch from ETH to Tron.”

Some people, however, believe Tron is no match for Ethereum because the network may not be as decentralized as Ethereum, for instance, one Twitter user wrote this:

“Tron kills it in the marketing department but premature to declare it the winner in smart contracts. How many nodes does it have? How distributed are they? How big are the transactions? Like EOS is decentralization sacrificed by adding more TPS? Why no mass project migration to Tron?”

In truth, Ethereum may be gearing up for a bigger thing to come with the Constantinople upgrade and its recent addition to Nasdaq’s Digital data services. Tron is also not relenting with its many projects and partnerships.

Time, however, will tell who becomes the winner. Meanwhile, Ethereum is up in the second spot by market capitalization according to Coinmarketcap. Tron, therefore, has a bigger fight to face if it must beat Ethereum soon.

Bitcoin (BTC) Lacking Buying Pressure To Push It Beyond $3,600, Sign Of Bearish Players Coming Back?

In the last couple of days, Bitcoin has taken a position above the $3,600 mark. Despite doing so in a…

Recently, we listed ONT and ONG cryptocurrencies, which are both part of Ontology, a public blockchain protocol and a distributed…