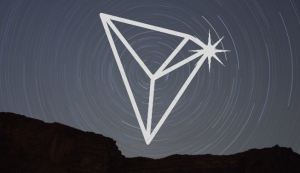 Justin Sun, the founder of Tron token (TRX) and the CEO of Tron Foundation which is also the parent organization of the World’s Largest File Sharing Protocol, BitTorrent is an achiever and not just a young man of vision going by Tron’s performance in the year 2018.

However, Justin is at it again by releasing his vision for the Tron ecosystem in the year 2019. TRX is presently at the 10th position in terms of coin market capitalization and trades at about $0.02. 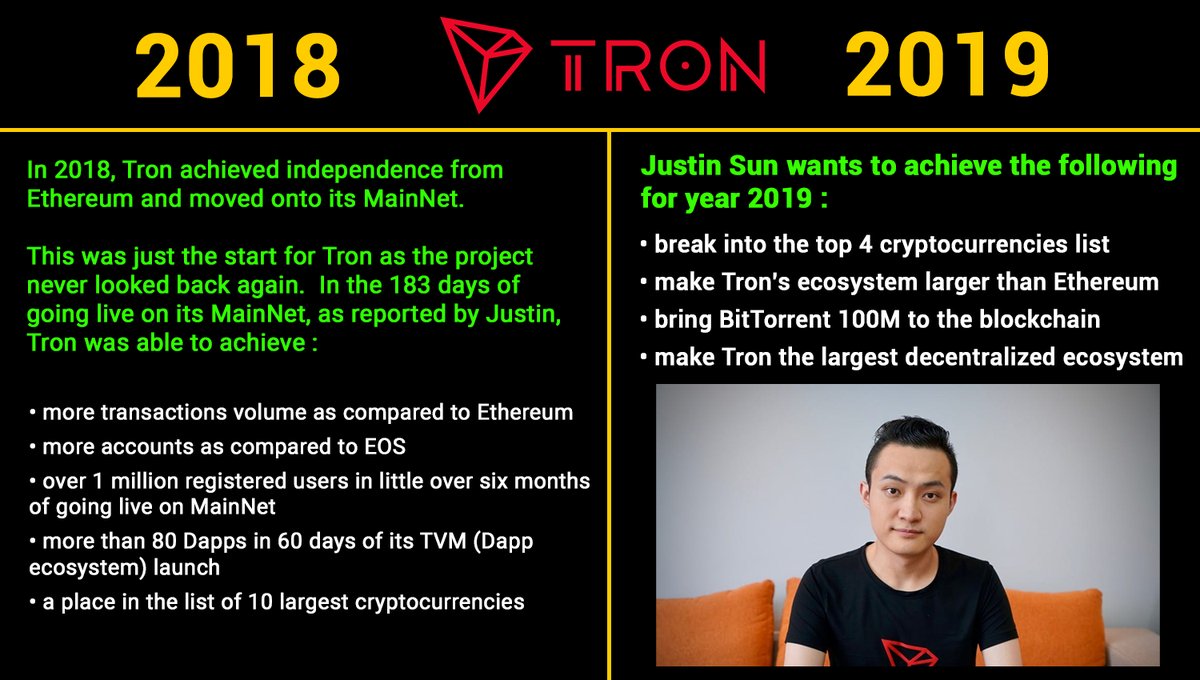 The sights of Justin Sun who is also a protege of Alibaba founder Jack Ma are:

1) Integrating the 100 million BitTorrent users to the Tron blockchain which is almost a reality considering that BitTorrent Foundation had recently announced that it will be launching BitTorrent token (BTT) a TRC-10 token On the Binance Launchpad.

2) Attaining the Top 4 position in Coin market capitalization Before the end of 2019: Though this seems a bit too unlikely to happen, A Tronic with the Moniker ‘Tommy Mustache’ has said that he will be “happy with being 5th or 6th, but will not complain about being 4th for sure.”

3) Surpassing the ethereum ecosystem: Tron and Ethereum seem to always be on the fight of “who’s better” as Tron’s Justin Sun keeps throwing jabs at the Ethereum platform and even calling ETH Developers to Migrate their Dapps to the TRX Blockchain.

Going by his successes in year 2018 which include: attaining 1 million account creation in about 183 days of the launch of its blockchain which took ethereum about 18 months to attain, recording of more than 1 million transactions in less than a year of the launch of its Tron Mainnet, reaching its target of 80+ dApps in less than 3 months of the launch of Tron’s Virtual Machine (TVM), and increasing its blockchain engineering team from 2 to 40 between March and Dec 2018, one could only but agree that this vision seems very achievable.

The post Tron’s Justin Sun Sees TRX Breaking into the top 4 Cryptocurrencies in 2019 and Surpassing the Ethereum Ecosystem appeared first on ZyCrypto.

Binance Coin set to hit $10, Stellar (XLM) At Risk Of Being Overtaken By BNB

The Binance coin BNB has been outperforming in the cryptocurrency market since the past two weeks. As if moving from…

The Significant Stages to Expect a Bitcoin Bull Run in 2019

Since Bitcoin’s major slip from the $6000 mark in 2018, the big bull has been losing momentum in both volume,…