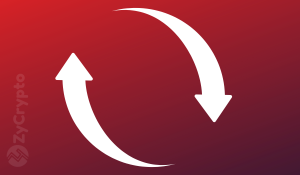 Following the Cryptopia Exchange hack in Christchurch New Zealand, the police have started the investigation with Canterbury CIB and specialist staff from the police High Tech Crime Unit involved in the case. In an update released by the Police an hour ago at the time of writing this article, the police said there aim is to try and recover stolen funds.

“A priority for police is to identify and, if possible, recover missing funds for Cryptopia customers; however there are likely to be many challenges to achieving this.”

The Cryptopia hack occurred on the 13 January and significant loss was incurred according to a report by the company. The police are yet to come up with an exact figure for the stolen funds at this time although a serious investigation is ongoing which involves both forensic and on-site investigation.

“The investigation into the alleged unauthorized transaction of cryptocurrency at the Christchurch company Cryptopia has continued today. The inquiry is still in its very early stages and police are continuing to work with Cryptopia to establish what has happened and how. Police are not yet in a position to say how much cryptocurrency is involved, other than it is a significant amount.”

The police also used to medium to state that the rumors that the Cryptopia office was stormed by the police earlier today is entirely false and the company is working very closely with the police to unravel the case.

ZyCrypto also reported earlier that the stolen funds were transferred to Binance exchange as confirmed by Binance CEO Changpeng Zhao. Binance also confirmed that it has frozen the account to which the funds were moved.

The Cryptopia Exchange hack came as the first exchange hack in 2019, forcing the company to go into “unscheduled maintenance” mode. Trading has been suspended and the website is currently down as the investigation is ongoing.

Although the police admit it is a difficult task, it is considered a top priority case so there is hope of getting the culprits as well as recovering funds starting with the fact that Binance has the account. Further update on the investigation will be made available as it comes

The post Update on Cryptopia Hack: Police Investigation has Commenced but too Early to Conclude appeared first on ZyCrypto.

Many within the crypto space and the ethereum community, in particular, believe that the recent rally of the second largest…

A Bearish trend has hit the markets over the last few days, overpowering the Bullish trend that had been put…