After a massive 860% rally during 2020, Waves has been one of the best-performing assets in the market for a reason. The digital asset is currently trading at $2.34 after a significant correction which should be considered somewhat healthy considering the magnitude of the bull rally. 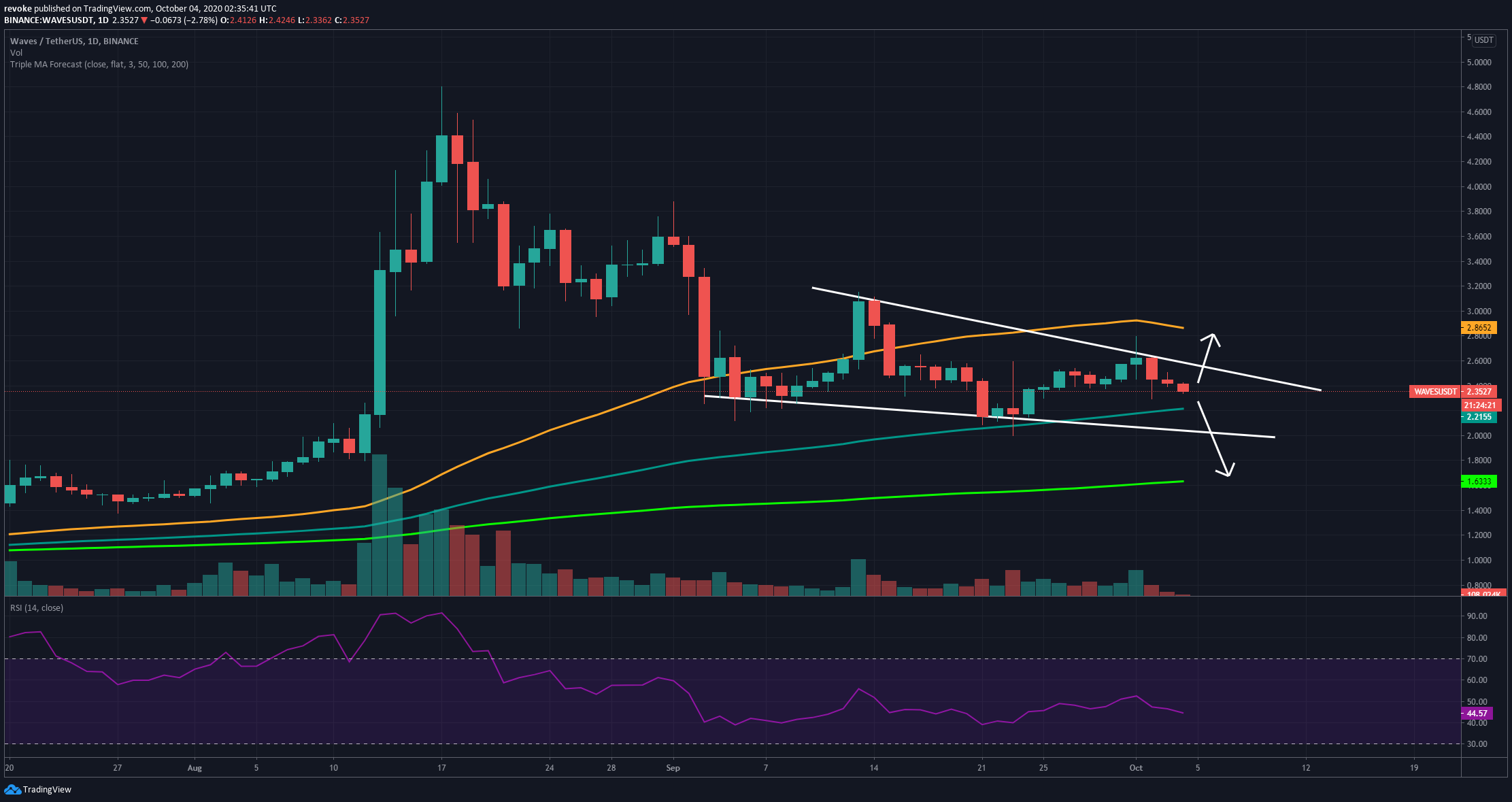 On the daily chart, the price of Waves has formed a wedge, but its converging trendlines are still far from touching. On October 1, the price got rejected from the upper boundary and it’s now aiming for a re-test of the 100-SMA support level at $2.21

If the 100-SMA breaks, bulls still have the lower trendline at around $2 for the strongest support level. A bearish breakout below this point will take WAVES down to $1.63 where the 200-SMA currently stands.

On the other hand, a successful defense of the 100-SMA into a bull break will push the digital asset close to $3 where the 50-SMA sits. The trading volume of WAVES has been declining significantly over the past three days, indicating that volatility is nearby.

Can Waves Price Recover In The Short-Term? 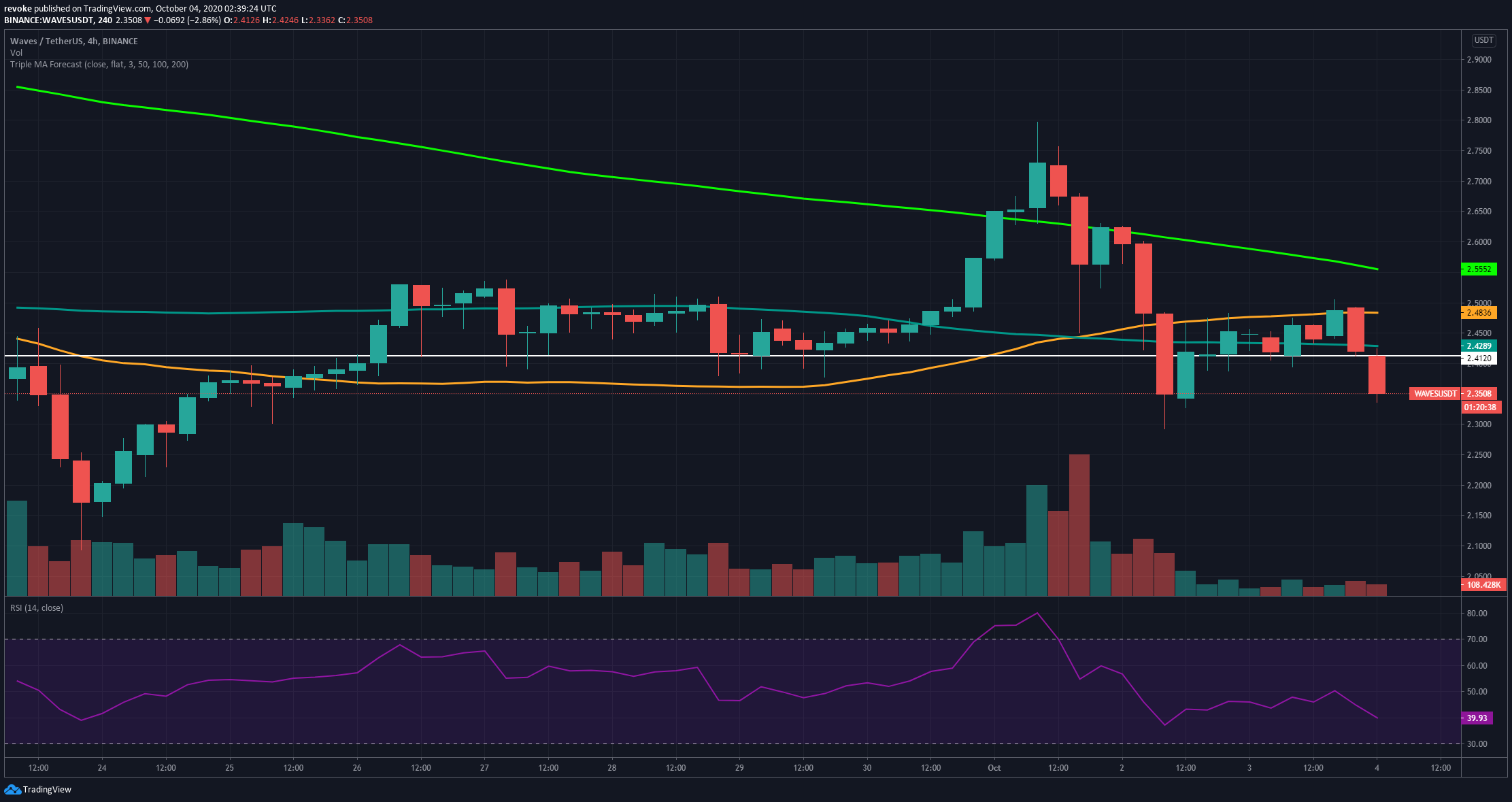 On the 4-hour chart, the price has dipped below a crucial support level at $2.41. Additionally, bulls have lost the 50-MA and the 100-MA. The RSI is not yet overextended and the last support level is $2.3.

Things aren’t looking great for the buyers, however, if they can establish a higher low compared to $2.3 into a higher high, they will confirm a 4-hour uptrend.

The 200-MA is close to a bearish cross with the 50-MA and the 100-MA which would further increase the selling pressure.

Ahead Of The Bitcoin Halvening – Hive Up 380% In Insane Rally!

The crypto-world is highly focused at the Bitcoin halvening event, which is expected in 9 days. However, a couple of…

The last quarter of 2020 was by far one of the best in the history of the cryptocurrency market. A…