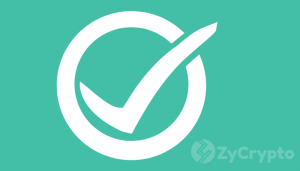 The Winklevoss twins affirmed their commitment to the pursuit of Bitcoin ETF on a Reddit (AMA) ask me anything while discussing  Cryptocurrency revolution and why it needs to succeed and entertaining questions from the crypto community.

Cryptocurrency Revolution and The Need For Success

Cameron and Tyler Winklevoss discussed on the Reddit AMA about Cryptocurrency revolution and the need for its success.  The identical twins who are the co-founder of Gemini – a Cryptocurrency exchange and custodian noted that a lot has changed in the crypto space since their last AMA in 2015.

It was noted that Gemini ran a full-page Ad in the new york times discussing the Cryptocurrency revolution and what they think it needs to succeed. The twins stated that they believe that the evolution will re-architect trade, the financial system,  the internet, and money. These they noted will not be easy, and there is no guarantee, but they believe that the revolutions that build a lasting set of rules for a better future are the one with the greatest chance of success.

The twins that became billionaire courtesy of Cryptocurrency stated how they first get interested in Cryptocurrency. They first learned about Bitcoin in 2012 and afterward became convinced that it was the dawn of an incredibly profound era for money and the financial history of the world. The twins stated that they started buying Bitcoin, but they discovered that there was no easy way to buy, sell, and store Bitcoin or any Cryptocurrency,  which prompted them to found Gemini as a solution to the problem. The mission of Gemini is to build trust and a long term and sustainable value for its customers.

Also, the twins stated their optimism about the chance of Bitcoin maintaining its status in years in response to a question on the future of Bitcoin. They said that they believe that Bitcoin is better at being gold than gold and they expect the market cap to surpass 7 trillion dollar mark of gold in the future. The twins also affirmed their support towards the actualization of Bitcoin ETF.

The twins effort towards achieving Bitcoin ETF saw setbacks in 2018 as the US SEC rejected their proposals. However,  this has deterred their interest in what is considered by most crypto enthusiasts as a necessity for the reversal of the bearish crypto trend to bullish trend.

Recently, the financial regulatory body of Japan started considering the adoption of crypto ETF into its crypto market.

It has been nearly a week since the market rallied and broke through the $120 billion market cap. Bitcoin, which…

The market after a bearish couple of days has today began recording gains. Although there has been little movement from…