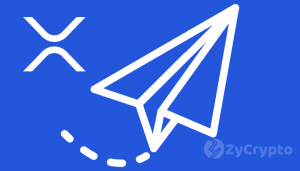 Ripple’s XRP is gaining more acceptance, the cryptocurrency can now be used in over forty million locations, in one hundred and eighty countries. Even as most banks which are currently signed on to Ripple network are not using XRP, Ripple coverage has further pushed the acceptance of its native token.

Recently a popular financial service company, Spend, announced that its app will enable XRP users to make payment via Spend Wallet, in 40 million locations and more than 180 countries. Crypto enthusiasts who use XRP can easily make payments in the digital currency across these locations using the Spend wallet.

#XRP is now available on the #SpendApp. Buy/Sell $XRP with your bank account. Exchange XRP with all supported assets. Spend XRP at 40+ million locations with the Spend Wallet by instantly converting to fiat on the #Spend Visa Card!@Ripple @bgarlinghouse @chrislarsensf @JoelKatz pic.twitter.com/bv3LKtErhM

https://platform.twitter.com/widgets.jsPresently, Spend is working in connection with Visa to enable XRP users to send, receive and store over 16 digital currencies using the new Spend Visa Debit Card. When using this card, XRP is converted to fiat on the fly at a very low rate before spending. The card automatically converts on the fly when in use, but the user has to activate the asset and swipe, the Spend system will then convert to fiat before loading.

The financial service company has removed its Android app from the Google play store to make some adjustments because initially, the app was only accessible to iOS users.

“We temporarily removed the Spend App from the Google Play Store in order to make necessary updates and adjustments. Please stay tuned to our page here for updates on when we release it again! Thanks for your patience!”

Ripple has extended arms of partnership to a lot of banks and financial service industries, and this has also paved way for high acceptance of its token XRP.

The cryptocurrency industry does not stay still, and those who are interested in the new developments and tendencies can always…

CEX.IO is an ecosystem of products, which help people interact with blockchain on various levels and facilitate the development of…