Bulls have been trying to break the recent downtrend for quite some time but the price has been rejected from several critical resistance levels.

If we take a look at the daily chart, we can observe a clear downtrend for XRP. The 12-EMA has been acting as a robust resistance level even though the price has climbed above it several times. The other critical resistance point is the 26-EMA which has rejected the price 6 times now. 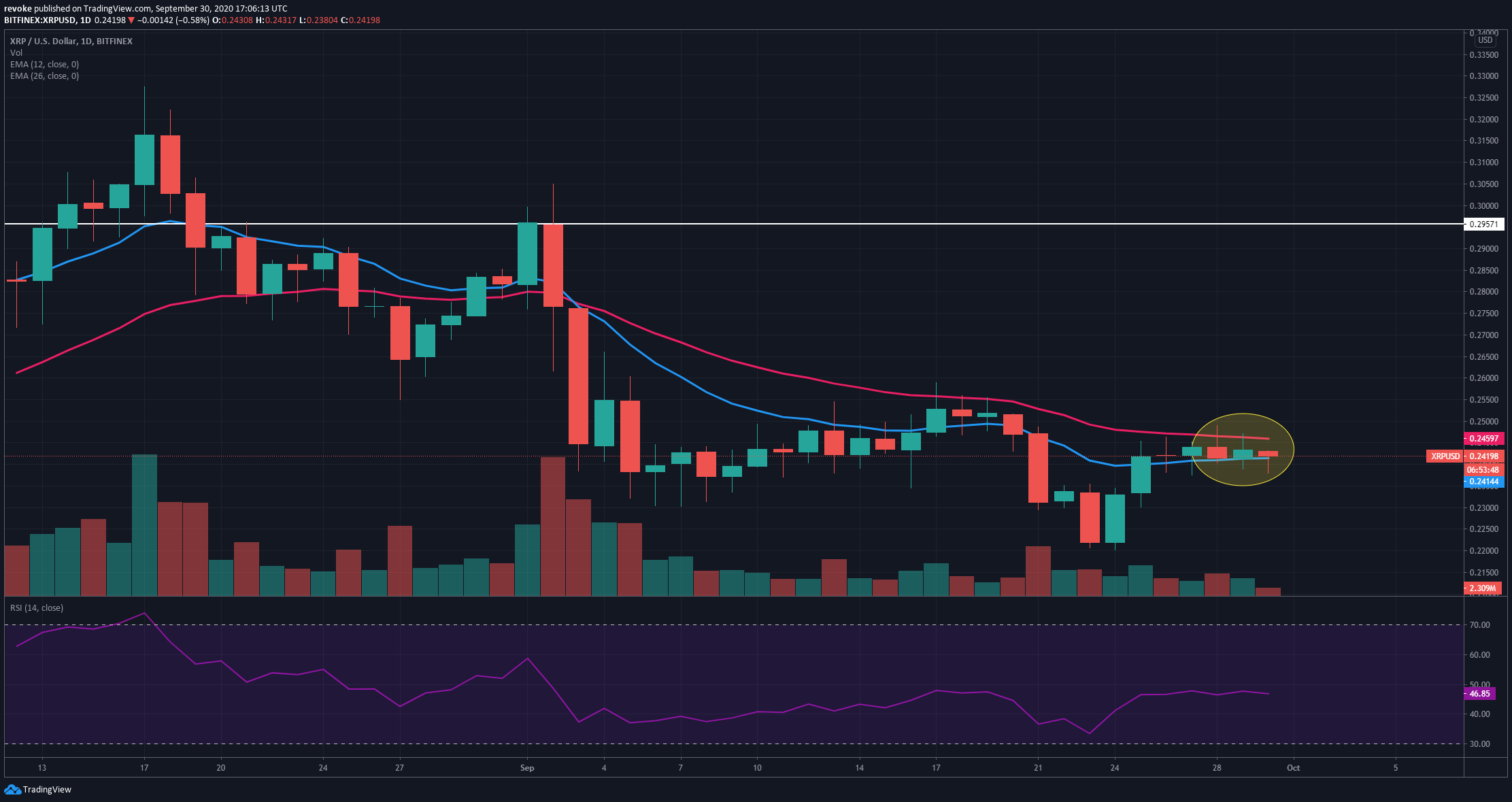 If the bulls want to see a shift in momentum, they will need to push the price of XRP above the 12-EMA and the 26-EMA, convert both into support levels and continue trading upwards until they create a bull cross. The other resistance level is established at $0.25 but, the bulls aren’t facing a lot more resistance beyond that point.

A bullish breakout above $0.25 could take XRP up to $0.30 in the short-term if the RSI doesn’t get too overextended. 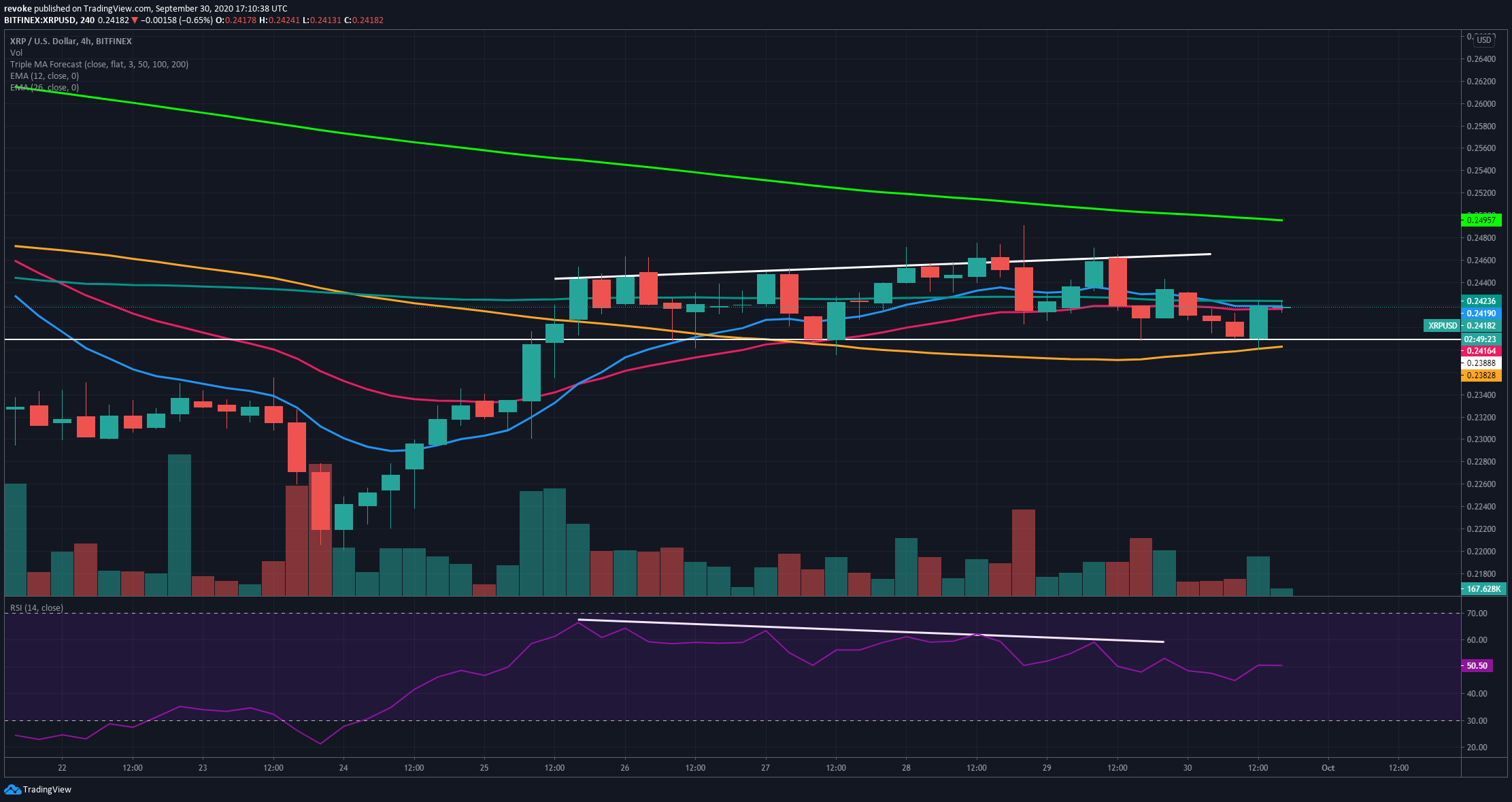 On the 4-hour chart, both EMAs have crossed bullishly already but are on the verge of crossing bearishly again. The uptrend was lost after the price created lower highs and lower lows. Nonetheless, bulls are currently defending an important support level at around $0.238 which could represent a double bottom in the short-term.

So far, the RSI hasn’t been overextended and for a while did create a bullish divergence with the price.

For now, XRP needs to stay above both EMAs and prevent them from crossing bearishly. The 100-MA is also right in between them. The 50-MA was turned into support on September 25 and has been helping the price bounce back up.

Bitcoin Price Halts – Did the Adjustment KILL the Strong Momentum?

Bitcoin managed to spike this year and broke continuous all-time highs for 2 weeks. Once the long-awaited 20k event was…

The fluctuation in EOS price continues. Despite the big news of a partnership with Google, the EOS/USD price has gained only 8.85%…